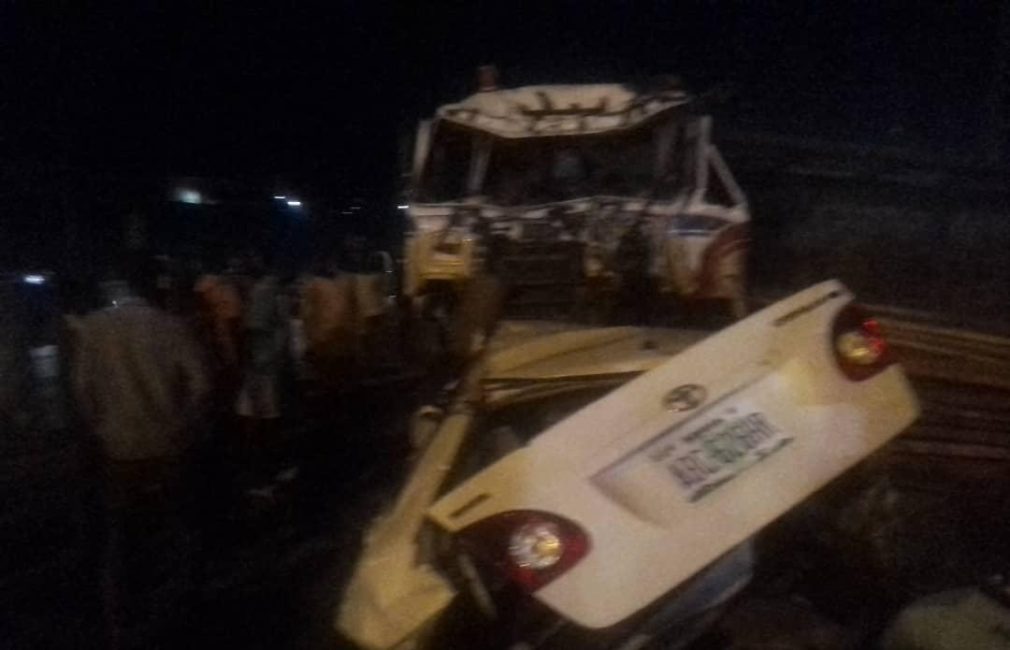 An accident involving at least 10 vehicles happened on Monday night along the Kubwa Expressway in Abuja after a trailer failed its break.

THE WHISTLER reports that the accident occurred not far from the A.A. Rano petrol station at about 10:30 pm on the expressway.

An eyewitness who gave his name as Afolabi told our correspondent that the accident was caused by brake failure from a truck conveying planks.

“A trailer conveying goods failed (its) break and cleared like six cars, no death was recorded. Another trailer filled with timber while on speed crashed a car when the owner was trying to change its tyre.

“People who were present at the scene helped to move the timber out of the road because the trailer fell by the side of the road and the woods scattered on the road.”

Operatives of the Federal Road Safety Corps arrived at the scene of the incident to restore the free flow of movement.

When our correspondent contacted the police emergency number, an agent corroborated the eyewitness account: “We were called about the incident and we have forwarded the information to the DPO concern and he is on the issue.”

“We are yet to get more information on that, but it’s multiple accidents that involved 10 to 14 cars. The accident was caused by a trailer according to an eyewitness.”

Oyetola, Adeleke Trade Words Over Allegation Of Violence, Vote-Buying Ahead Of Osun Poll