Football
By Emmanuel Ike On Mar 7, 2018
71
SHARES
ShareTweetSubscribe
#mc_embed_signup{background:#fff; clear:left; font:14px Helvetica,Arial,sans-serif; width:90%;} /* Add your own Mailchimp form style overrides in your site stylesheet or in this style block. We recommend moving this block and the preceding CSS link to the HEAD of your HTML file. */ (function($) {window.fnames = new Array(); window.ftypes = new Array();fnames[0]='EMAIL';ftypes[0]='email';fnames[1]='FNAME';ftypes[1]='text';fnames[2]='LNAME';ftypes[2]='text';}(jQuery));var $mcj = jQuery.noConflict(true);

President Muhammadu Buhari on Wednesday received the FIFA World Cup Trophy ahead of the 2018 Football World Cup in June.

The ceremony which was held at the State House, also saw the President host the Super Eagles Team B, who won the Silver medal in the just concluded African Cup of Nations (CHAN) and the Bobsleigh Winter Olympic Team.

Speaking at the event, President Buhari noted with delight that the Super Eagles was the first African team to qualify for the 2018 World Cup.

He said football has been a great unifying factor among the ethnic groups in the country. 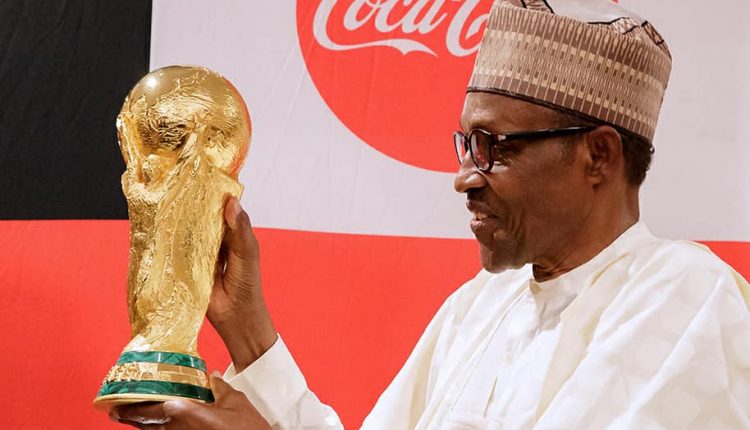 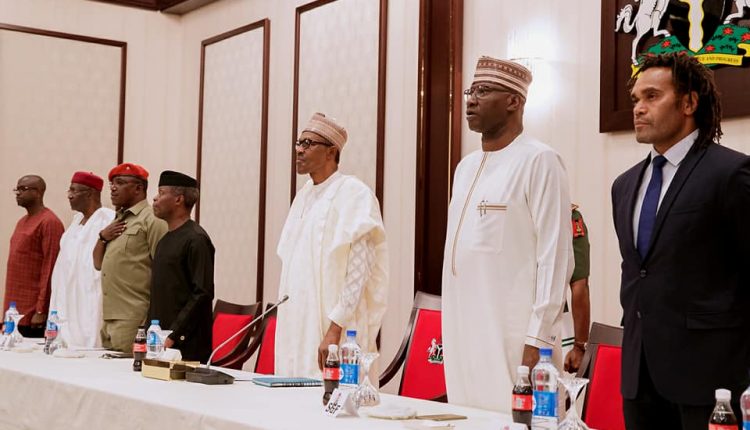 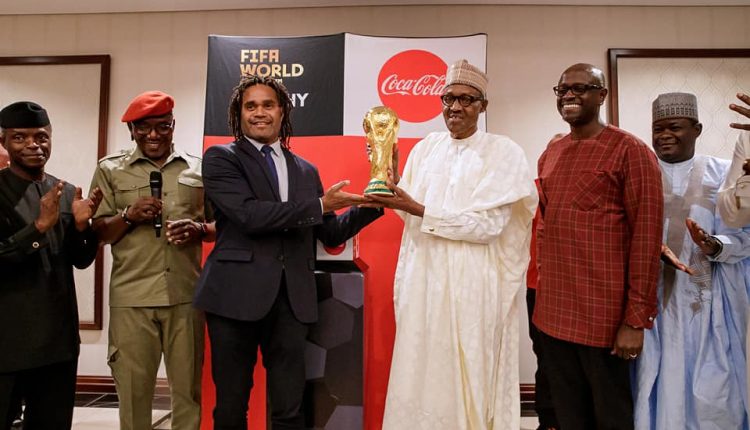 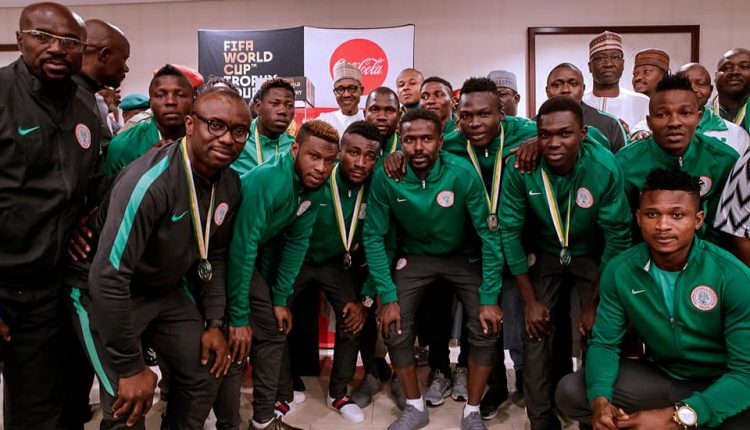 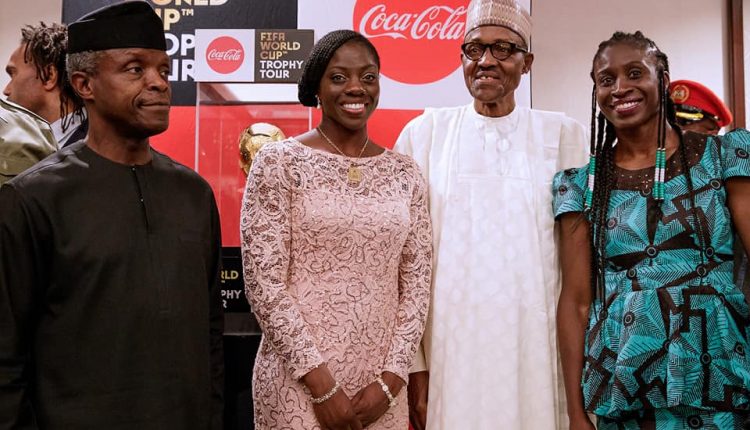 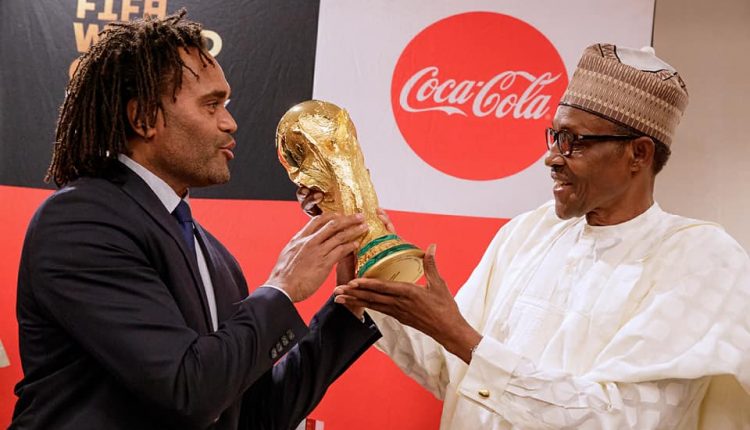