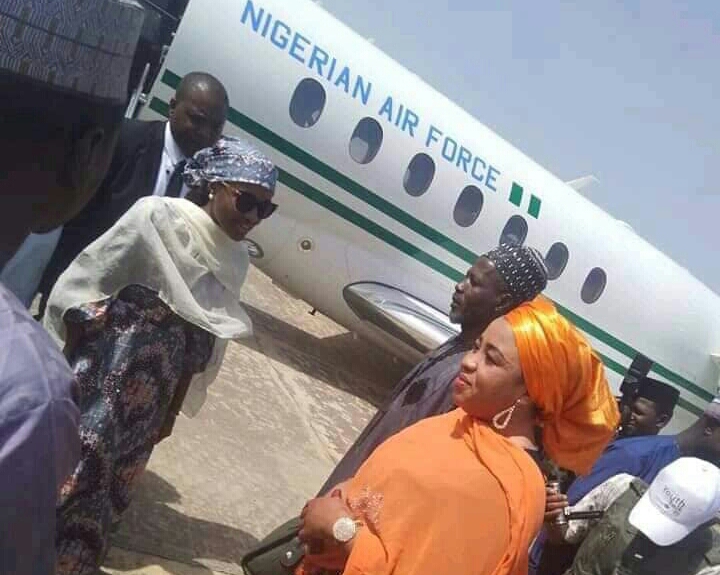 President Muhammadu Buhari has come under heavy criticism for allowing his daughter, Hanan Buhari, to cruise a presidential jet to a private function in Bauchi State.

Photos of Hanan disembarking from the presidential jet have flooded social media with accompanying criticisms for her father.

The president’s daughter, it was gathered, cruised in the presidential jet to attend the Durbar in Bauchi as a special guest of honour on the invitation of the Emir of Bauchi, Rilwanu Adamu.

The photos showed Hanan and being welcomed by officials of the Bauchi State Government.

Nigerians’ criticism of the move was premised on  Buhari’s 2015 campaign promise to drastically reduce the cost of governance.

The president had promised to “work with the leadership of Nationally Assembly to cut down the cost of governance.”

Nigerians had also criticised the earmarking of N8.5 billion for the running of the country’s presidential jets in the 2020 budget.

Meanwhile, according to reports, the event was specially organised to avail Hanan the opportunity to take photographs of the traditional durbar, Bauchi architecture and other cultural sites in the state.

She had recently graduated with a first class in Photography from Ravensbourne University, London.

Below are some of the reactions on social media.