Football
By Emmanuel Ike On May 30, 2018
40
SHARES
ShareTweetSubscribe
#mc_embed_signup{background:#fff; clear:left; font:14px Helvetica,Arial,sans-serif; width:90%;} /* Add your own Mailchimp form style overrides in your site stylesheet or in this style block. We recommend moving this block and the preceding CSS link to the HEAD of your HTML file. */ (function($) {window.fnames = new Array(); window.ftypes = new Array();fnames[0]='EMAIL';ftypes[0]='email';fnames[1]='FNAME';ftypes[1]='text';fnames[2]='LNAME';ftypes[2]='text';}(jQuery));var $mcj = jQuery.noConflict(true);

Senate President, Bukola Sakari on Tuesday night paid a surprise to the Super Eagles in Abuja.

Saraki exchanged pleasantries with the team and also offered words of support and encouragement as they prepare to depart Nigeria for London.

The former Kwara State governor in a tweet, confirmed his unscheduled visit to the Coach Gernot Rohr’s men

“Ahead of their upcoming friendly match against England this weekend, I paid the @NGSuperEagles a surprise visit and wished them all the best — and even greater success in the upcoming #Russia2018 World Cup,” he tweeted.

Ahead of their upcoming friendly match against England this weekend, I paid the @NGSuperEagles a surprise visit and wished them all the best — and even greater success in the upcoming #Russia2018 World Cup. pic.twitter.com/IJxaENIVZK

The team is also expected to meet President Muhammadu Buhari on Wednesday morning.

The event slated for the Council Chambers is meant to afford the President the opportunity of bidding the players farewell as they depart for their sixth appearance at the World Cup.

The team will travel to London a few minutes after meeting Buhari, aboard a chartered aircraft for another friendly against England at Wembley Stadium on Saturday.

From London, they will fly into Bad Tatzmannsdorf, a city in Austria where they will spend eight days at Avita Resort before flying to Russia. 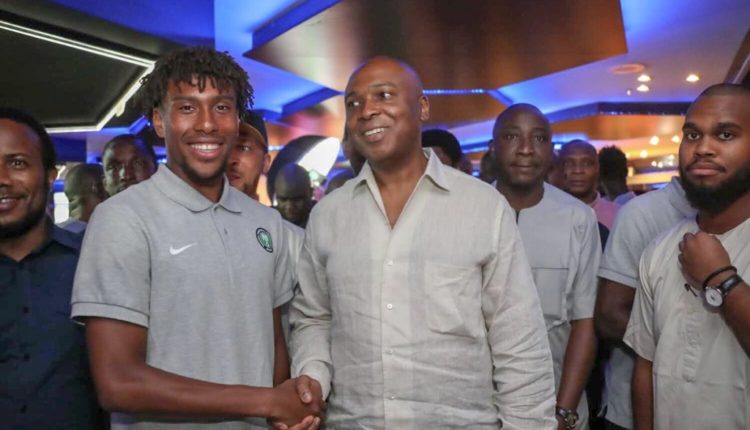 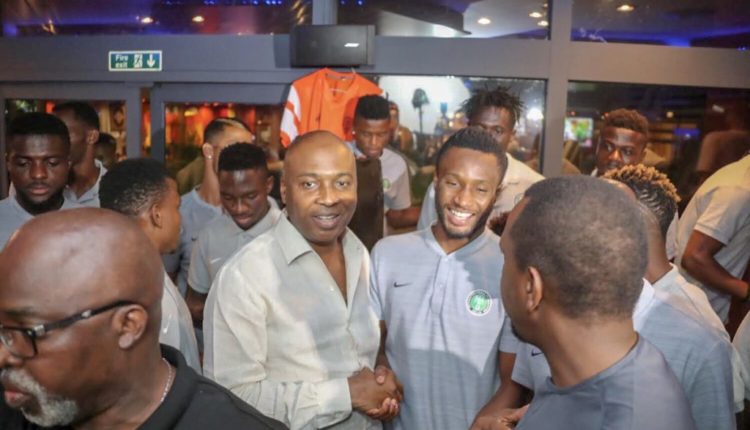 Fayose To Buhari: Leave Me Out Of Your Messy Fight With Obasanjo