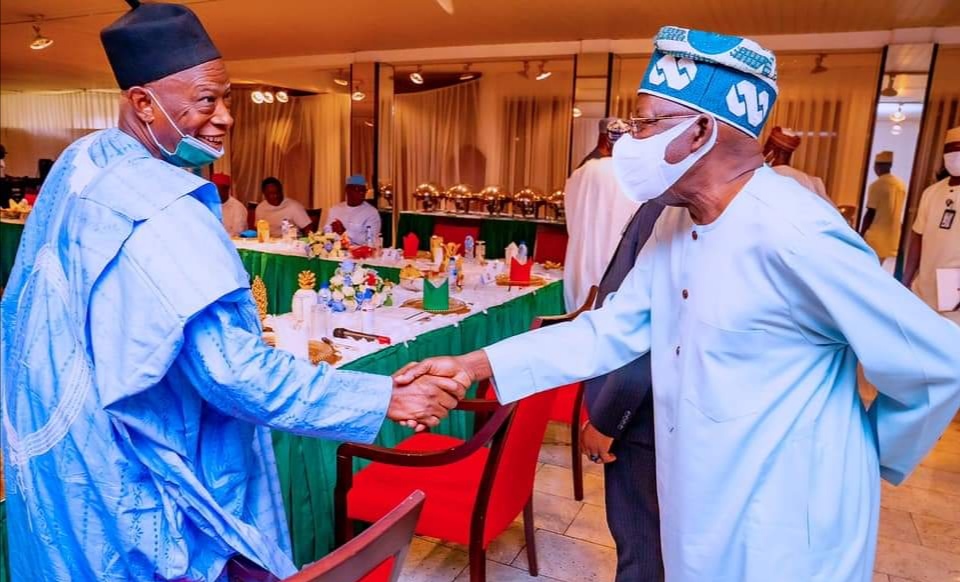 Former Lagos State Governor and 2023 presidential aspirant, Asiwaju Bola Ahmed Tinubu, has met for the first time with President Muhammadu Buhari after his recent angry outburst directed at the president and the ruling All Progressives Congress (APC) leadership.

At a meeting with APC presidential aspirants with Tinubu in attendance, President Buhari is expected to announce his preferred aspirant among the 23 presidential hopefuls of the APC.

Earlier this week, Tinubu had in protest to alleged plans to scheme him out of the APC presidential ticket race, reminded President Buhari about the agreement they allegedly reached about him succeeding the president after the expiration of his tenure in office.

The president had at an earlier meeting sought the governors’ backing of whoever he endorses as his possible successor in the February 25, 2023 presidential election.

The current meeting is coming about three days to 6 party’s presidential primary election scheduled to take place at the Eagles Square in.

BREAKING: Relief For Tinubu As Buhari Backs Rotation Of Power To South