Nigeria Politics
By The Whistler On Dec 2, 2016 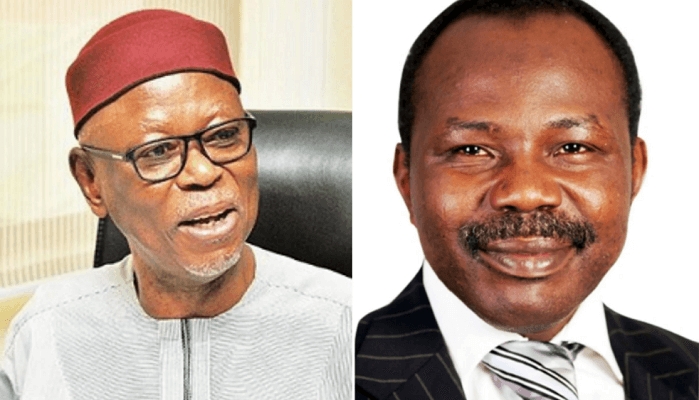 The National Working Committee of the All Progressives Congress (APC), has pleaded with its embattled National Legal Adviser, Dr. Muiz Banire, SAN, to remain with the party and not quit his position.

Banire had in a letter to the National Working Committee NWC of the party weeks ago, offered to step aside, pending the outcome of an investigation on him by the Economic and Financial Crimes Commission, EFCC.

The anti-graft agency is investigating his relationship with a judge who he had given a “gift” of N500, 000 for the burial of the mother of the judge. The EFCC was said to have been curious of what the money was meant for.

Mr. Banire reportedly informed the EFCC that the money was a gift to the judge as contribution for the burial expenses of the latter’s late mother about three years ago.

However, in a letter dated December 1, 20176, and signed by the APC National Chairman, Chief John Odigie-Oyegun, the NWC rescinded Banire’s resignation.

According to the letter, the party “resolved that your voluntary submission for investigation by the EFCC and subsequent offer to step aside from your position as National Legal Adviser to the party is an exemplary representation of the credo of our party. The NWC is proud of your conduct in this respect.

“After intense discussion, the NWC unanimously decided not to accept your offer to step aside as the National Legal Adviser.”

The party explained that its decision is hinged on the fact that Banire’s offer “is inappropriate since your responsibility as the National Legal Adviser of our party will not, in any way, impede any ongoing investigation by the EFCC, more so, as the allegation has no nexus with the party.

“The party is currently saddled with a number of sensitive litigations and your role in professionally handling the ongoing cases is critical. The NWC is of the view that we keep to the credo of our jurisprudence where an accused is considered innocent until otherwise proven guilty by a competent jurisdiction. In this case you have not even been accused.”

The APC further stated that it hopes the Senior Advocate of Nigeria will understand its decision to reject his offer of resignation.

2017 Budget To Be Presented Within 10 Days, Says Saraki