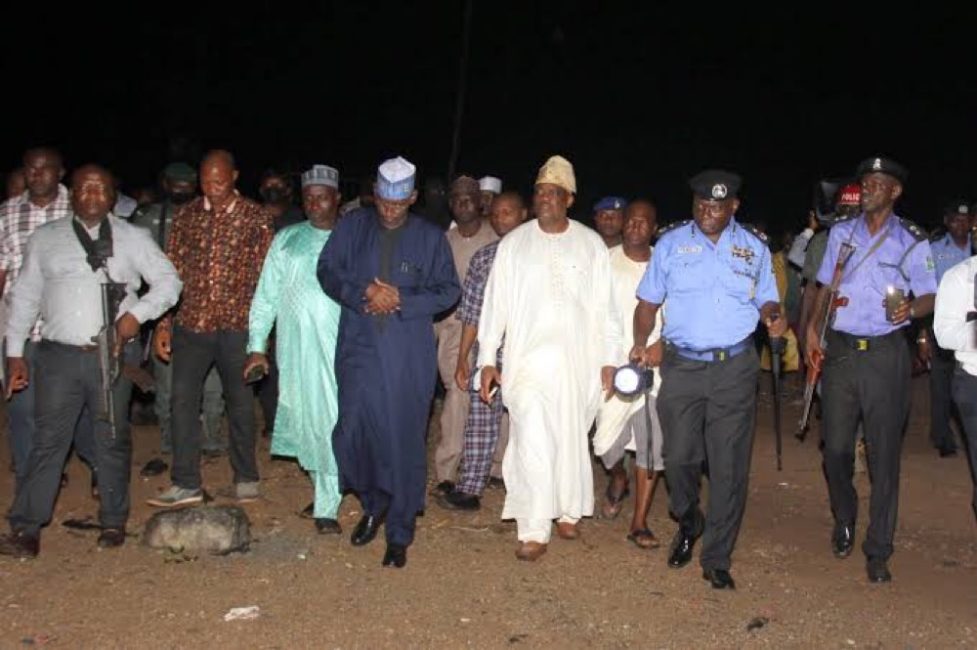 The Federal Capital Territory Minister, Malam Muhammad Musa Bello, has ordered the closure of three Dei-dei markets following the civil disturbance which led to the burning of the timber market along the Kubwa-Zuba expressway on Wednesday afternoon.

This was made known by the Federal Capital Territory Commissioner of Police, Sunday Babaji, while appealing to the residents to maintain peace and other.

THE WHISTLER reported that the crisis had resulted in the destruction of properties amidst clashes that left many injured.

Speaking to Journalist at the scene of the incident, the Commissioner of Police stated that what happened yesterday was an accident, and urged residents to always talk to the community leaders and to report to the right authorities.

Sunday said,”The FCT Minister visited the scene for on the sport assessment despite his tight schedule, and he has appealed to all the residents and the market officials to talk to their subordinates members to maintain law and order.

”We know what happened, it was an accident, and we have leaders in this community both in the market and in this situation.

”We are appealing, if something happens again like this is an accident, the community leaders should be talked to, they should also come to the authorities, the relevant law enforcement to take it course.”

He further noted that the FCT Minister had ordered the three Dei-dei markets to be closed down.

Sunday quoted the Minister saying, ”It is the directive of the FCT minister that for now all three markets should be closed down till further notice. The security agencies will take over here.

”I’m appealing to all the residents and members of this place to go back home and maintain law and order.”