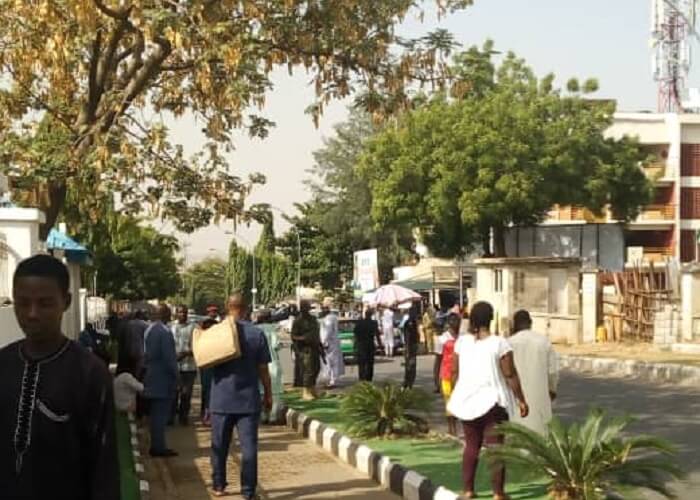 Staff of the All Progressives Congress (APC) and some journalist were on Thursday morning denied access to the party’s national secretariat in Abuja.

The policemen, who have been stationed at the party secretariat since Wednesday following the federal high court order which suspended its National Chairman, Adams Oshiohmole, prevented the staff from gaining access to the secretariat and turned back journalists.

The party through its acting National Secretary, Victor Giadom had on Wednesday said after court order, that action the party would respect the judgement suspending Oshiohmole.

THE WHISTLER observed that the gate of the party secretariat was shut and heavily guarded by policemen, who wasted no time to turn back anyone or vehicle that wanted gaining access to the building.

The staff could be seen sitting far away from the secretariat in groups, discussing the development, while others could be heard saying they were going back home.

The reason for the police action could not be ascertained, but another staff who spoke with this paper on condition of anonymity said the police officers were acting on orders from Giadom and the presidency, to prevent crisis.