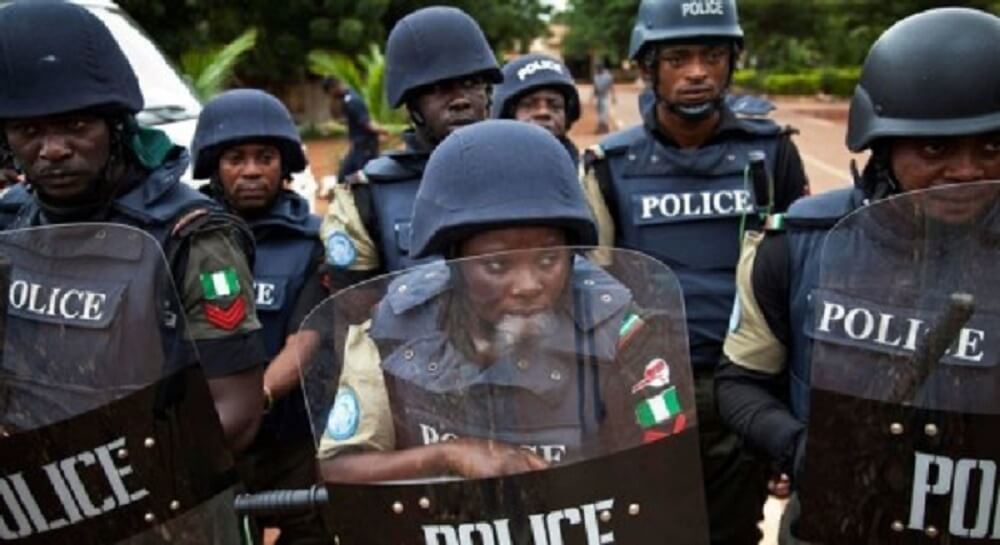 The Nigeria Police has said it is ready to take over the handling of internal security operations in volatile states following the withdrawal of the military.

As the lead agency in internal security operations, the police noted that they were working on the modalities on the deployment of personnel and other resources to such states so that criminals would not take advantage of the transition process to cause a spike in crime.

Recall that Republic of Chad announced at the weekend that it was pulling out Chadian troops from Gajigana close to Monguno, Borno State, near Lake Chad. Chad contributed troops to the Multi-National Joint Task Force (MNJTF) constituted by Lake Chad Basin member-countries to fight insurgency.

Hundreds have also fled the area for fear of attack by insurgents.

According to reports, Military’s involvement in internal security operations is also believed to be stretching manpower needs and financial resources in the middle of an insurgency war.

After a Security Council meeting presided over by President Muhammadu Buhari last week, the federal government had announced plans to commence a gradual withdrawal of troops from troubled spots from the first quarter of this year.

Briefing the press at the end of the meeting, the Chief of Naval Staff, Vice Admiral Ibok-Ete Ekwe Ibas, said the police were constitutionally mandated to handle internal security since Nigeria was not at war.

“Also, you will remember that additional 10,000 personnel were approved for the police recently for recruitment,” he said.

Buhari had also said at the weekend that the planned withdrawal of military from internal operations would be done with caution.

In a statement by Senior Special Assistant to the President on Media and Publicity, Garba Shehu, the president assured Nigerians that the withdrawal of military from flashpoints would be done in a manner that would not expose affected communities to more risks of attacks.

Force Public Relations Officer (FPRO), Frank Mba when asked about the readiness of the police to take over security from the military, said that the Nigerian Police was ready to discharge its constitutional responsibility of providing internal security as the lead agency.

“I do not have details of the withdrawal plan for now but I can tell you that the Nigerian Police is ready at all time to provide internal security as the lead agency. We are ready to ensure security of lives and property in furtherance of our mandate.

“I am sure when the details are worked out, we will move on from there but I can assure you that we are ready,” he said.

Also at the weekend, Chad ended a month-long mission fighting Boko Haram in Nigeria and withdrew its 1,200-strong force across their common border, an army spokesman told AFP on Saturday.

“It’s our troops, who went to aid Nigerian soldiers months ago, returning home. They have finished their mission,” spokesman for the Chadian army, Colonel Azem Bermandoa, told AFP.

“None of our soldiers remains in Nigeria,” he added. He did not specify if they might be replaced following Friday’s pullout which saw them “return to their sector at Lake Chad.”

However, Chad’s General Chief of Staff, General Tahir Tahiro, said if countries in the region, which have contributed to a multinational anti-jihadist force, were in agreement, more troops would likely be sent in amid local people’s fears of a security vacuum.

The Chad troops, brought out in pick-up trucks and tank transporters, crossed the bridge back to their home capital of N’djamena via the Cameroon border town of Kousseri under the curious gaze of locals, an AFP reporter said.

News of the pullout, coupled with a local report of Nigerian troops also leaving the vicinity, sparked concern among local people in the small town of Gajiganna, hundreds of whom promptly fled the area citing their fear of further attacks.

The Chadian soldiers had had a garrison there as well as at nearby Monguno, close to Lake Chad itself.

An anti-jihadist militia source told AFP: “From what the Chadian soldiers told us their withdrawal is as a result of the expiration of their mandate which was for nine months.

“As soon as they left most residents of Gajiganna fled to Maiduguri for fear of attacks by the terrorists. They left because Nigerian troops working alongside the Chadians also left the base soon after the Chadians had moved out.”

Governor Ahmadu Umaru Fintri of Adamawa State had condemned the attacks in Michika and Madagali.

He expressed concerns over the resurgence of Boko Haram attacks in the state in recent times.

Terrorist group, Boko Haram, had attacked the state three times in one week.