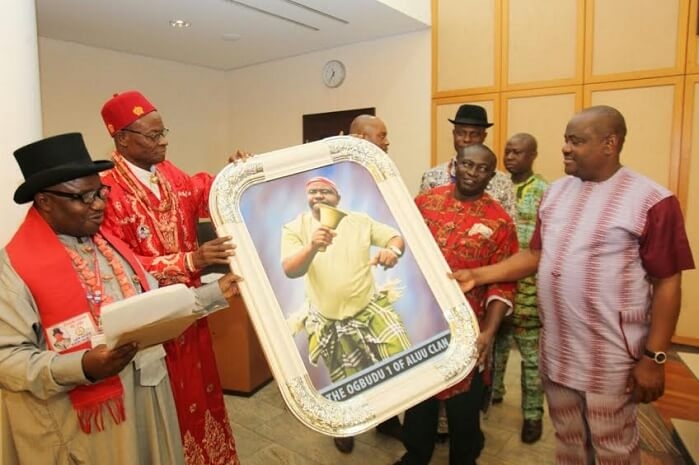 Governor of Rivers State, Nyesom Wike has alleged that the police high command dismissed six policemen attached to him because they refused to allow the alleged attempt by security agencies to assassinate him.

Wike made the revelation on Tuesday when he hosted the Aluu Council of Chiefs at the Government House in Port Harcourt, the state capital.

But contrary to claims by the police authorities, Wike said that the policemen were dismissed because they resisted plots by security agencies to assassinate him.

He said, “The policemen were dismissed because they did not allow the security agencies to assassinate me, as was planned.

“The security agencies planned to assassinate me, but those attached to me resisted the plot and refused to allow them to kill me. That is why they are angry and desperate.”

The governor pledged to always defend the interest of the state, adding that he will not ask the security agencies to stop their “illegal activities”.

He said the alleged invasion of the state by security agencies during the last rerun was a wake-up call for the residents to prepare for election rigging in 2019 by the same security agencies.

“The security agencies, by their actions on December 10, 2016 rerun, alerted us to how they plan to rig the 2019 elections. We are now prepared for them,” Wike.

Imo State Government To Float Its Own Airline, Partners With Dana Air

Rule Of Law Comments: Wike Attacked NBA Due To ‘Vaulting Ambition’ To Be…