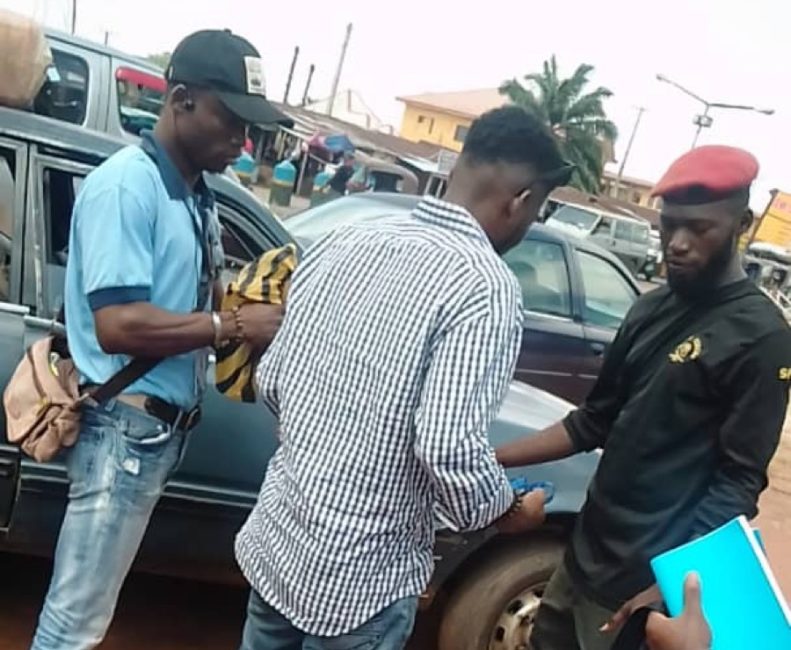 Residents of Umuahia, capital of Abia State, are groaning under heavy traffic and extortion by police on Bende road.

The road was blocked following the incessant attack and burning of security formations in the southeast..

Policemen at the checkpoint have however turned the measure to protect residents and security formations into t a money-making venture by forcing transporters, including tricycle operators to pay at least N200 before being allowed to pass.

Residents have also complained that the officers molest and ‘ “park” any motorist who refused to pay them.

The checkpoint is mounted on the road directly opposite the office of the state commissioner of police, CP Janet Agbade.

The officers have on several occasion been accused of harassing innocent citizens on the road for having tattoos or other body marks on their skin.

Residents of Isieke, Okwuta, Ajata and other communities now trek several kilometers to get to their destinations due to the blockade caused by the police.

Parents and civil servants who are mostly affected by the delay have also expressed concern over the situation stressing that it is counterproductive.

Mrs Grace Nnanna, a parent in Umuahia, complained that she always take her children to school late as a result of the heavy traffic on the road.

“It is really affecting my children because they now go to school late every morning and these officer doesn’t care about it. They will cause hold up in the morning and do the same thing in the evening and the government is just silent over it,”she said,bitterly.

“How can they be collecting money in the front of the CP’s office? Are they above the law or is it the Police commissioner that asked them to be doing it” he asked.

Police Warn It Will ‘ Neutralise’ Any #ENDSARS Protests In Lagos, Oyo