Nigeria Politics
By Martins Ayotunde On May 28, 2022 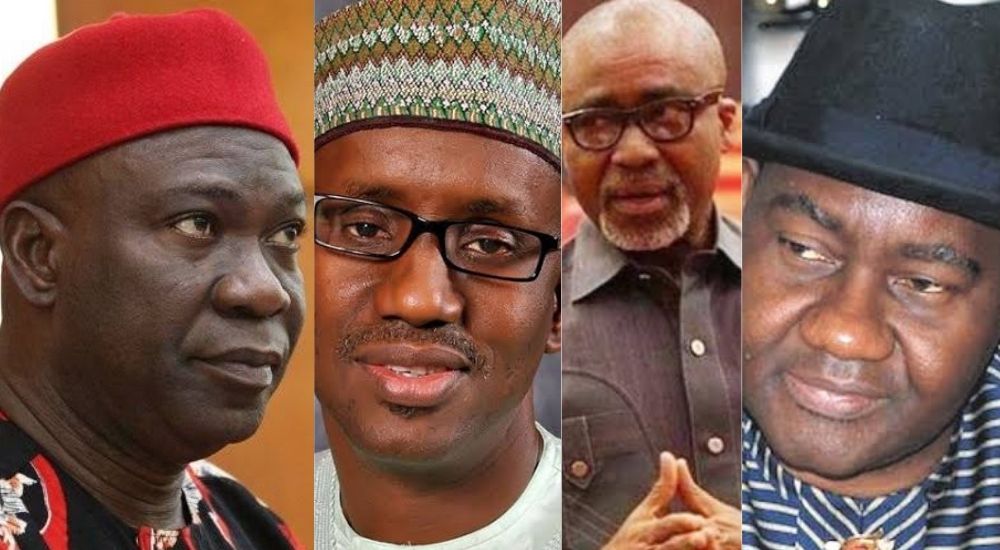 The Nigerian political scene is full of drama and the just concluded gubernatorial primaries had its fair share. A number of big names including former deputy senate president, Ike Ekweremadu; former Rivers senator, Magnus Abe; former chairman of the Economic and Financial Crimes Commission (EFCC), Nuhu Ribadu; Senate minority leader, Eyinnaya Abaribe, as well as senate majority leader, Yahaya Abdullahi, failed in their bids to clinch the governorship ticket in their respective states. While some were forced out of the primaries, others outrightly lost.

After close to 20 years at the Senate, Ekweremadu had sought to contest the Enugu State gubernatorial elections in 2023. However, internal wrangling in the Enugu PDP forced the former deputy senate president to abandon the party a few hours to the commencement of the primaries.

THE WHISTLER understands that Ekweremadu’s decision to abandon the PDP is not unconnected to the decision of the party to zone the governorship ticket to the Enugu East District.

The former senate president who hails from Aninri in Enugu West District, has repeatedly kicked against a zoning arrangement, insisting that there was no such agreement in the state.

Ekweremadu is reportedly considering joining the opposition All Progressives Congress (APC) after he was sighted at the party’s campaign office in Abuja.

Abe, who described the APC primaries in Rivers as a skewed, biased, and prejudiced process, vowed to challenge the outcome of the indirect primary mode adopted by the party.

He described the process that produced the party’s delegates as flawed while accusing former minister of Transportation, Rotimi Amaechi, of attempting to impose candidates on the party.

Although the former senator has not resigned his membership of the APC, he is expected to do so before the deadline set for party primaries by the Independent National Electoral Commission (INEC).

Ribadu, a staunch ally of frontline presidential aspirant of the APC, Bola Ahmed Tinubu, lost his bid to clinch the Adamawa State governorship ticket to Aisha Binani, a female senator in the state.

The former EFCC chairman polled 288 votes to come second to Binani who got 430. Ribadu, who had hosted the Adamawa APC Excos at his residence weeks before the elections, failed to impress the delegates who opted for the Adamawa Central senator in his stead.

He is yet to comment on the outcome of the primaries.

Senate minority leader, Eyinnaya Abaribe, pulled out of the Abia State PDP governorship primary over what he described as the ‘decision of the party to tow a self-destructive path’.

Abaribe, who is a former deputy governor of the state, has been a senator on the platform of the PDP since 2007.
He has since defected to the All Progressives Grand Alliance while giving up his governorship ambition for a return to the senate

Like Abaribe, Abdullahi’s intention to run for the Kebbi State governorship election in 2023 ended as a disappointment.

The Senate leader scored zero votes at the governorship primary of the APC in Kebbi. National President of the Nigeria Union of Teachers (NUT), Dr Nasiru Idris, emerged the party’s flagbearer after polling 1,055 votes out of the 1,090 votes cast.

Reacting, Yahaya alleged that the primary elections were characterized by sharp practices, describing the exercise as a child’s play.

He is expected to reveal his next move in the coming days.