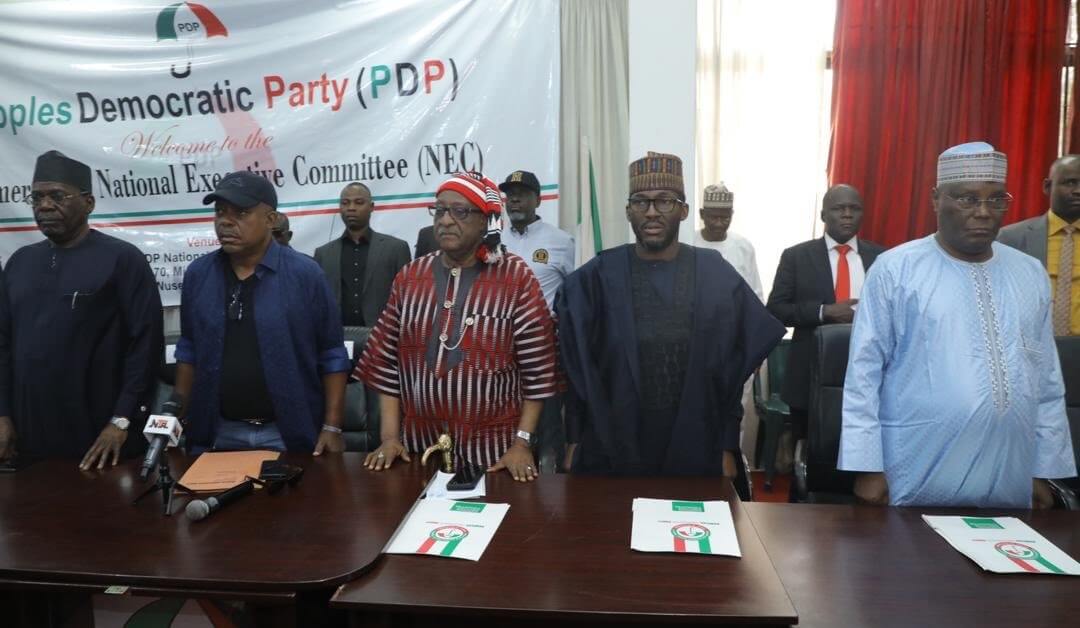 Presidential aide, Tolu Ogunlesi, has taken a jibe at the opposition Peoples Democratic Party (PDP) over its plans to reposition and possibly grab power at the national level in 2023.

The PDP had on Monday held its 88th National Executive Committee (NEC) meeting in Abuja, where its leadership stressed the need for the party to united in defending the country’s democracy.

The opposition party had ahead of meeting tweeted via its official Twitter account that it was “repositioning to retake power in 2023.”

But Ogunlesi, who is President Muhammadu Buhari’s special assistant on new media, poked fun at the party’s resolution in a tweet.

The presidential aide tweeted: ““Retake” “power”. “from Karu.” Over to you, Abuja Disco. Wadata Plaza wants power. Thanks and God bless.”

THE WHISTLER reports that the PDP has  been making efforts to get its feet back on ground since 2015 when its presidential candidate, former president Goodluck Jonathan, lost his re-election to incumbent President Muhammadu Buhari of the All Progressives Congress (APC).

The opposition party had failed to reclaim the presidency in the 2019 presidential election where its presidential candidate, Atiku Abubakar, lost to Buhari.

During the PDP NEC meeting on Monday, the party’s vice-presidential candidate in the 2019 election, Peter Obi, tasked the leadership of the PDP on the need to reposition the party.

“PDP remains a party of …our dear country today and our commitment at coming together is inevitable to make that work,” said Obi.

“Mine is to appeal to all of us. This is time for us to come together and am sure chairman you’re doing your best.

IPPIS: ASUU Vows To Embark On Strike If Salaries Are Stopped ﻿