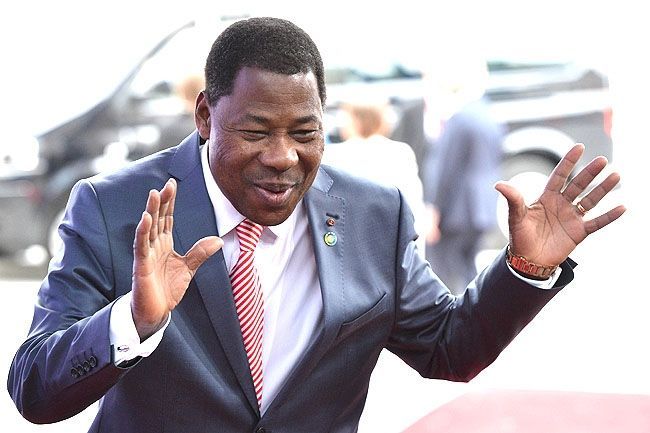 The President of Benin Republic, Boni Yayi, has promised to construct railway line and a road to link up with Nigeria through Kebbi State.

He said the essence of the visit was to encourage economic and cultural ties between Nigeria and Benin which share a common border with Kebbi adding that the visit was on the directives of President Buhari, who mandated Governor Bagudu to visit the Benin president and explore ways of strengthening bilateral relations with the country.

He further explained that the railway line would start from Cotonou and Madakali, a border town with Nigeria and the construction of roads would also boost economic ties between the two countries.

“President Boni Yayi of Benin Republic told Governor Bagudu while in Benin that he considers Nigeria as a big brother in the African continent, thus the need to strengthen their bilateral relations,” he said.

FERMA To Spend N89m On Rehabilitation Of Federal Roads In Kebbi

Nigeria @ 61 : My Country Is A Sleeping Giant With Bright People, Says Canadian…

BREAKING: Nigeria Recalls Ambassador From Indonesia Over ‘Assault’ On Diplomat