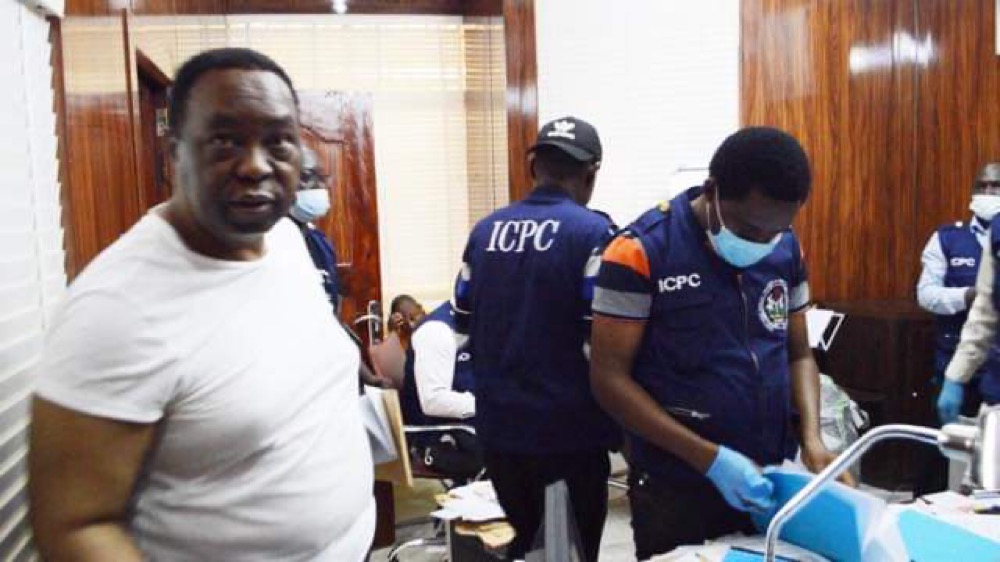 Professor John Kester Ifeanyichukwu has been arraigned by the Independent Corrupt Practices and Other Related Offences Commission (ICPC) over allegations of bribery and inducement of officers of the Commission.

The accused was arraigned at an FCT High Court (12) presided by Justice A.O. Otaluka to face a single-count charge of bribing an ICPC staff with the sum of $40,000.

ICPC says, “The cheque was part of the $50,000 and a house in Abuja, promised to the officer to compromise investigation by retrieving the accused person’s devices, MacBook S/N CIML8BUGDTY3, MacBook S/N W80204J7ATN and iPhone pro11 which were in the custody of ICPC for investigative activities.

“ICPC, in a Charge No: CR/025/2022, informed the court of how the defendant induced one of its operatives to smuggle out a particular iPhone and a laptop and to replace them with a dummy that was to be provided by his personal assistant.

“The accused person’s action is contrary to Section 18 (b) and punishable under Section 18 (d) of the Corrupt Practices and Other Related Offences Act, 2000.”

Earlier on, it was gathered that Ifeanyichukwu had been reported to the Commission by the Presidency for alleged acts bordering on corruption, extortion and money laundering.

The accused pleaded not guilty to the charge when it was read to him. And a bail condition was granted him in the sum of N10 million and two sureties in like sum.

Other conditions are that the sureties must be resident within the jurisdiction of the court and one of them must have a landed property in Abuja.

The trial judge also ordered that the Defendant’s international passport and other valid travel documents must be submitted to the court before the next adjourned date otherwise his bail will be revoked.

The case has been adjourned to the 21st of June 2022 for commencement of hearing.