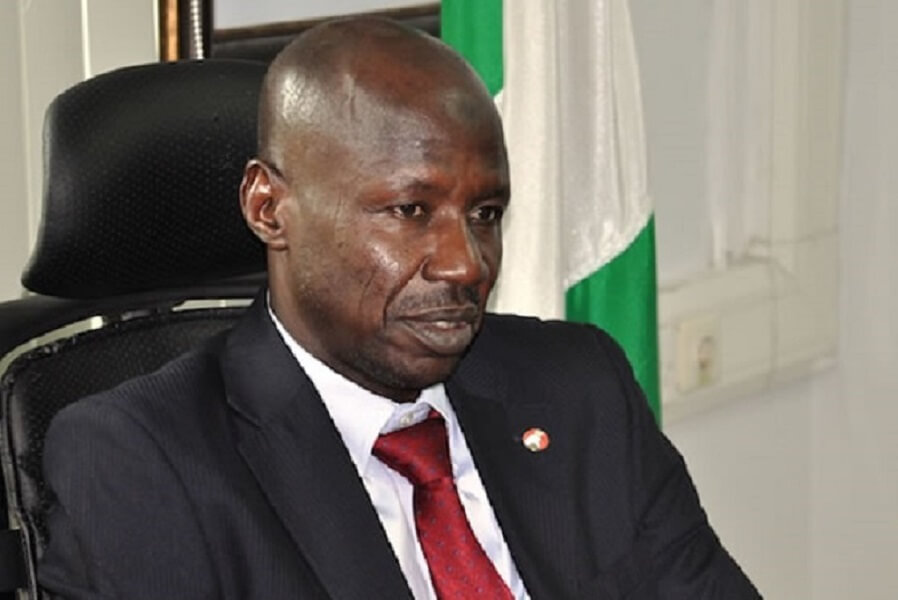 A statement signed by the Spokesperson, PSC, Ikechukwu Ani revealed that Magu who is the most senior in the Commissioner of Police cadre had missed the last two promotions after returning to the Police.

Ani said the decision followed the 15th  Plenary Meeting held on Friday where the acting DIG John Ogbonnaya Amadi was confirmed as a substantive Deputy Inspector-General of Police.

The commission also approved the appointment of Zama Bala Senchi as a Deputy Inspector-General of Police while it promoted eight Commissioners of Police to AIGs.

Then DIG Amadi, currently acting, replaced late DIG Joseph Egbunike and will be representing the South East in the Force Management team while DIG Senchi was the most senior in the AIG cadre.

Other decisions taken by the Commission at the Plenary were the promotion of 57 deputy Superintendents of Police earlier skipped when their mates were promoted to the next rank of  Superintendents.

Other categories of Deputy Superintendents of Police such as the Administrative Staff College of Nigeria, Course 4, Inspectors Course 37 and regular ASP’s course 25 and 26 were also promoted to  Superintendents having met established requirements.

The Commission also approved the conversion of 19 Engineers from General Duty to Specialists and upgraded to the rank of Deputy Superintendent of Police which is the statutory entry level for Pilots and Aircraft maintenance engineers in line with the Aviation scheme of service.

The Commission had also re-confirmed its earlier approval for the rectification/harmonization of promotion date and proper placement of eight Chief Superintendents of Police and subsequently promoted them to the rank of Assistant Commissioners of Police.

The Chairman of the Commission, Musiliu Smith congratulated the promoted officers and charged them to redouble their efforts in Service, nothing that the Commission will continue to monitor their performance and will not hesitate to discipline any officer found wanting in the discharge of his/her duties.