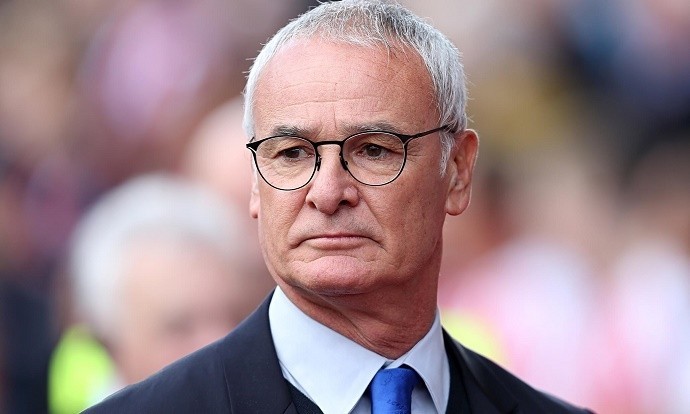 By James Lawton –
A harsh legend might properly decorate the sky over Manchester on Sunday if Leicester City complete the Premier League title challenge that has caught the imagination of so much of the football world. It would say, “Old Trafford – Theatre of Imported Dreams.”

Yes, imported from the byways of the game not made in the fantasy factory founded by Matt Busby and brought to an astoundingly consistent level by his ruthless successor Alex Ferguson in decades of unprecedented success.

It is the chance for Claudio Ranieri and his brilliantly over-achieving team to produce one last shattering coup – at the place which for so long has represented the hardest edge of concentrated power and wealth in English football.

And what would this climactic moment say about the most extraordinary season in the 23-year history of the league which likes to preen over its claim to be the richest, most exciting in the world?

Fighting
It would declare that Leicester City, fighting desperately to preserve their place among the elite just 12 months ago, have done more than pursue the unlikeliest championship ambition since Alf Ramsey guided Ipswich through three divisions to claim the old first division 54 years ago.

There would not just be the announcement of a single breath-taking achievement but a wholesale revolution in the way we have come to see the distribution of the game’s greatest prizes. This makes Old Trafford potentially not just a place of historic football drama on Sunday afternoon but of huge symbolism. 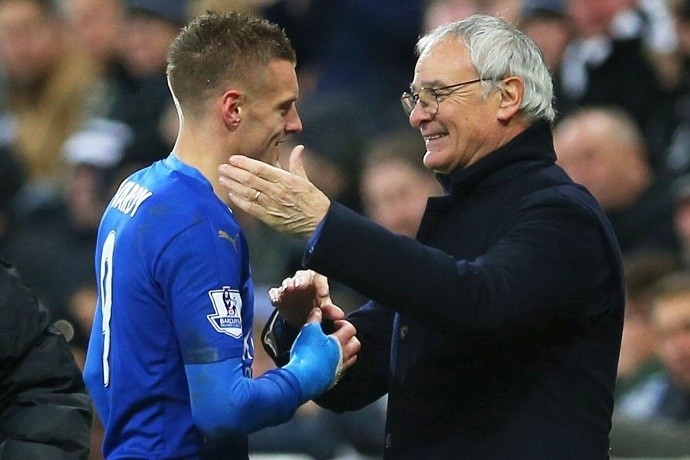 Imagine, on the field once graced by such icons of football as Best, Charlton and Law, a full circle of failed power. Who might not believe that give or take a stumble or two, the success of a club like Manchester United would always be inevitable. But of course the issue has run much deeper in the agonies of Louis van Gaal’s regime, one marked not so much by a crisis of performance as one of lost identity.

The Dutchman, who arrived with one of football’s most impressive coaching records, and refreshed by Holland’s third place in the 2014 World Cup, still has a few apologists.

They say he has gained a place in the FA Cup final, however tortuously, and is still contending – just – for Champions League football, but how do they address the problem of the leaden, paint-by-numbers football and the threat that it will be another victim of Leicester’s nerveless belief that the only thing they have to fear is the possibility of their own doubts.

All season Ranieri’s team have been defying both the odds and the football establishment – now they have a chance to seal their revolutionary cause in an arena which has long been seen as the very apex of that power complex. It is little wonder Leicester have an army of supporters reaching across so many football borders.

It is one which sees their triumph not as just some fleeting underdog phenomenon. But, just maybe, an exciting, liberating pattern for the future. We should perhaps consider briefly the weight of the odds they have overturned.

Under Ferguson, United won 13 titles out of 22. Kenny Dalglish, buoyed by the relatively modest millions of the old steelman Jack Walker, snatched the 1995 prize from beneath the wheels of the United juggernaut, but the rest of the plunder has, at least until this Sunday afternoon, been the exclusive property of the rich and the powerful.

Jose Mourinho won it three times for the oligarch Roman Abramovich, with Carlo Ancelotti adding another, Arsene Wenger won three when Arsenal’s big investors were providing the seed money for their corporate future and Roberto Mancini and Manuel Pellegrini delivered one each to the oil-financed Manchester City.

This, increasingly, was rule by the very rich and what we have now is the prospect of so many stadiums across the land believing, at least a little, that one day they might also be designated theatres of dreams. At Leicester the dreams have come by the job lot and not the least of them came to pass this week when Riyad Mahrez received his player of the year award.

Wonder Mahrez, who cost Leicester £400,000, is more than a wonder of cut-price heroism and touch – like his club-mate contenders for the honour, Jamie Vardy and N’Golo Kante, he is also a running, driving rebuke to a generation of super-priced rivals.

While World Cup-winning Mesut Ozil has shown his brilliance in brief and haunting passages, Chelsea’s hugely celebrated Eden Hazard has retreated into the heart of his champion team’s lapse into killing under-performance, Mahrez and his team-mates have dared to touch previously unanticipated greatness.

Greatness? Yes, if we can ascribe that to one surge of self-belief, one winter and one spring’s conviction that at the very least they might achieve something that would always colour the rest of their lives.

It is stunning now to remember how recently it was that Ranieri was seen as a huge gamble after being hounded out of his job as Greek manager a decade after being branded, and dismissed, as the Tinkerman of Chelsea. His quotes were hoarded as examples of humour under the threat of heavy fire. 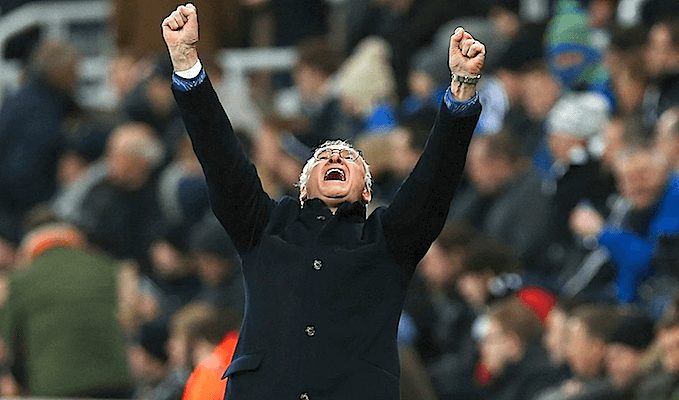 He declared: “I want to pay my players a pizza but they don’t seem to want a pizza. I said when we keep a clean sheet I pay for everyone a pizza. Maybe they wait for me to say, ‘Okay, a good dinner instead’. They seem to be waiting until I improve my offer. Maybe a pizza and a hot dog.”

One achievement, though, is not endangered when Leicester arrive at Old Trafford. Already they can claim to have changed not just the mood but more deep-seated expectations across a swathe of English football.

They have strode beyond the excellent progress of other teams who have so sharply deepened their own horizons, teams like Spurs under Mauricio Pochettino, West Ham with the driving Slaven Bilic, the enduring presence of Ronald Koeman’s Southampton and the sure-footed survival of Bournemouth under their impressive young coach Eddie Howe.

They have reminded us all that building a theatre of dreams takes more than just money and power.