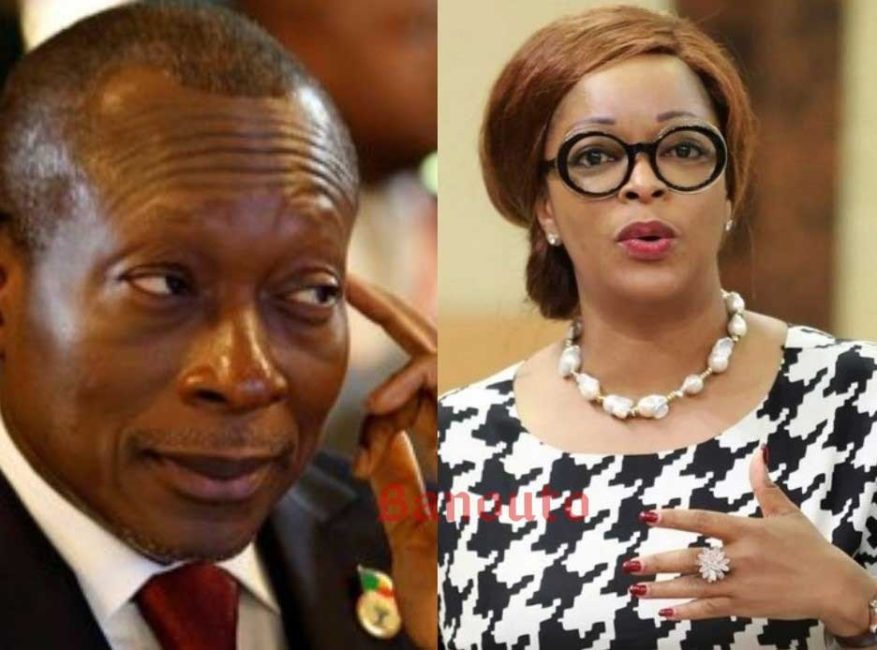 Her supporters were outside the courtroom in branded T-shirts asking for her release when the court passed a 20-year jail sentence on her.

Reckya Madougou was convicted of financing terrorism by a special court without evidence, according to her lawyers.

Media reports said a judge on her case fled to France while condemning the charges as “phony,” “tragic” and “entirely politically motivated.”

Before her conviction, she told the court: “This court has deliberately decided to penalize an innocent person. I have never been, and I will never be a terrorist.”

But despite maintaining her innocence and pleading not guilty to the charges, the court found her guilty.

Her French lawyer, Antoine Vey, who could not stand the sham trial, in a statement said the court convicted his client “Without witnesses, without documents, without evidence.”

He said her crime was “Embodying a democratic alternative to the regime… We dreaded it: There is no justice in Benin.”

She became the second opposition figure to be jailed within a week.

Reckya Madougou was believed to be on her way towards ousting the current president of Benin Republic, Patrice Talon, in an election that would have been as significant as President Muhammadu Buhari’s election in 2015 when an incumbent President was defeated by the opposition in a free and fair election.

But she was arrested in March, few weeks to the April 2021 election after similar arrest of other opposition leaders in the country.

All the main challengers of President Talon were forcefully excluded from the presidential election, and are either in prison or exile.

A week before Madougou’s jailing, Joel Aivo, also a key opposition figure, was sentenced to 10 years in jail for plotting against the state.

After clearing the field of any tangible opposition figure, Talon faced only two weak opponents in the election, Alassane  Soumanou and Corentin Kohoue, who got 11.29 and 2.25 percent of the votes respectively, with Talon coasting home to re-election with 86 percent of the votes.

With Madougou and others in prison or exile, the country has moved on since the April presidential election, and so has the rest of the sub-region.

Neither the Economic Community of West African States (ECOWAS) nor the African Union has shown any open repulsion at developments in Benin Republic despite the danger it portends for the continent.

African countries must strive to build institutions that sustain democracy in order for democracy to have foothold on the continent.

The idea of strongmen riding roughshod over institutions and laws as seen in Benin Republic must be condemned, at the least.

ECOWAS leaders must rise now to save democracy in the sub-region the same way they are leading the charge in Mali.

Benin was once seen as a bourgeoning multi-party democracy, but has now taking the turn to autocracy since 2016 when Talon was first elected.

The ease with which Talon removed political opposition to his rule is what I find alarming in a continent where his ignoble example could easily become a model for others.

No democracy in Europe, including France, its former colonial master, has raised any voice against the onslaught on democracy in Benin Republic.

Neither has the United States of America, the world’s so-called leading democracy, taken any notice of what is going on in the tiny West African country.

The Economic Crime and Terrorism Court (CRIET) which sentenced Madougou and other opposition leaders, was established in 2016 shortly after Talon took office as President.

Since then, he appeared to have pushed the country more towards authoritarianism. Critics have accused Talon of using the court to crack down on the opposition.

Some prominent opposition leaders who’re not in jail have fled the country to live in exile in France or the United States.

Yet these countries have not taken any visible steps to bring sanity to democracy in Benin Republic.

Madougou is the first female political figure who has shown the desire and the charisma for leadership, and appeared set to unseat Talon if she had contested the April election.

Her political involvement began since 2004 when she initiated and led the civil society campaign “Don’t touch my Constitution” in Benin.

Her effort from 2004 to 2006 helped to inspire similar campaigns in Senegal, Burkina Faso and Cameroon.

She served in her country’s Cabinet from 2008 to 2013, first as Minister of Microfinance, Youth and Women’s Employment.

She later became Minister of Justice.

After leaving the Cabinet, she became a Special Advisor to the government of Togo.

After leaving Togo she came back home to run for office as president.

Madougou declared her intention to contest the presidential election on 11 April 2021 on the platform of her party, Les Démocrates .

She was arrested on 3 March 2021 during a meeting with another opposition politician in Porto-Novo.

A government spokesman had accused her of “planning to assassinate several political figures”, but did not announce a trial date.

On 4 April 2021, a Beninese judge who had gone into exile told Radio France Internationale that Madougou’s arrest was solely political.

On 11 December 2021, Madougou was found guilty of “complicity in terrorist acts” by CRIET in the capital Porto-Novo and sentenced to 20 years in prison.

On the day she was jailed, The Washington Post reported the story under the headline: “She could have been Benin’s first female president. She was just sentenced to 20 years in prison.”

But that historic bid was ended abruptly by a man afraid of democracy and freedom.

West Africa, Africa and the world must rise in support of Madougou, a woman who has become an inspiration for other women in the continent.

– Writer is an Abuja-based journalist.