Reps Ask FG To Declare State Of Emergency Over Insecurity 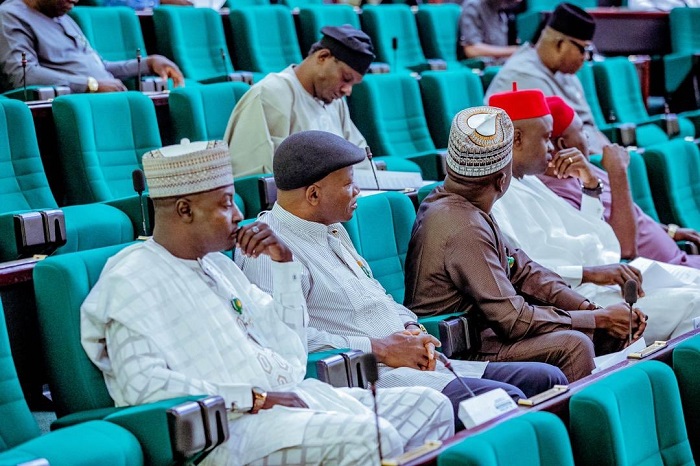 Apparently disturbed by the worsening insecurity in Nigeria, the House of Representatives on Wednesday called on the federal government to declare a state of emergency in order to contain the situation.

This was part of the resolutions reached at plenary following a motion on the need to investigate the circumstances surrounding the recent killing of 30 travellers by Boko Haram insurgents in Maiduguri.

The house, after deliberating on the motion,  resolved to mandate its committee on Army to investigate the super camps set up by the Nigerian Army.

The Chief Whip, Tahir Monguno, moved the motion while it was seconded by Mohammed Jega who represents Gwandu/Aliero/Jega Federal Constituency of Kebbi State in the House.

Leading the debate, Monguno decried the fact that women were kidnapped, commuters were attacked and goods were stolen by the terrorists.

In a series of tweets on the house twitter handle, another lawmaker, Robert Tyough, proposed that technological devices should be employed for surveillance in the North East.

In their contributions, Abubakar Fulata and Aliyu Magaji Dau believe the practice of imposing  curfew on commuters by the military has created soft targets for insurgents.

The legislators condoled with the families of the victims and called for sanction of the perpetrators of the evil act.

House Minority leader, Ndudi Elumelu, also condemned the attack and expressed worry that despite debates and resolutions on insecurity in the hallowed chambers of the National Assembly, nothing had been done.

He, therefore, called on the executive arm of government to relieve the services chiefs and ensure the soldiers’ entitlements were paid.

For the Majority Leader of the House, Alhassan Doguwa, the revitalisation and review of the nation’s security apparatus were critical to tackling crime in the country.

Speaker of the House, Femi Gbajabiamila, called for a vote on the motion after which it was adopted by the lawmakers.