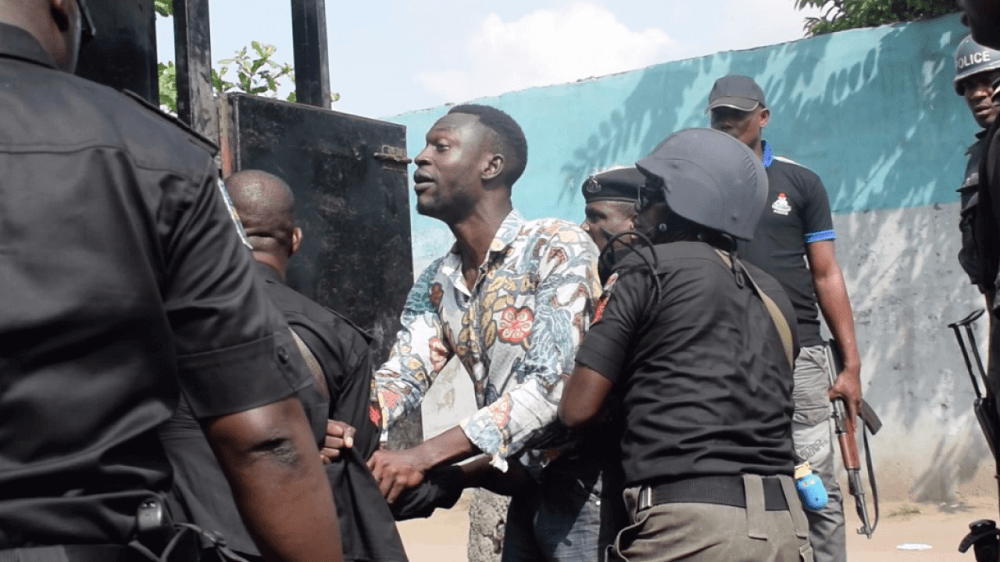 The Socio-Economic Rights and Accountability Project (SERAP) has sent an open letter to all member and observer states of the United Nations Human Rights Council in Geneva, urging them to “urgently convene a special session on Nigeria over arbitrary arrests and repression by officers of the Nigeria Police Force and other security forces of ‘RevolutionNow’ protesters, organizers, activists, and journalists who covered the protests on Monday across the country.”

SERAP also raised: “concern over suppression of freedom of expression, attacks on journalists, bloggers, and human rights defenders by several state governments, as well as the intimidation and harassment of Amnesty International in Nigeria, including by a group of apparently paid protesters that continues to besiege the organization’s office in Abuja, preventing it from carrying out its activities, and giving the organization ultimatum to leave Nigeria.”

In the letter dated August 8, 2019 and signed by SERAP deputy director Kolawole Oluwadare, the organisation said: “There are serious violations of the rights of Nigerians to liberty, personal security, freedom of expression, peaceful assembly, association, and media freedom and a Special Session is urgently needed to help stem the attack on human rights and contribute to UN efforts to prevent further abuses including arbitrary detention and excessive use of force.”

The organisation said: “The human rights situation in the country has drastically deteriorated, with the authorities at the federal and state levels violating human rights and refusing to obey court judgments. The Human Rights Council should heed the rising chorus of concerns by Nigerians, journalists, human rights defenders, activists, and lawyers, and urgently convene a Special Session on the growing human rights crisis in the country.”

The organisation also said: “Consistent with its mandate to prevent human rights violations and respond promptly to human rights emergencies, the Human Rights Council should address the rapidly deteriorating human rights situation in several states of Nigeria as a matter of priority.”

If one third of the Member States requests so, the Human Rights Council can decide at any time to hold a special session to address human rights violations and emergencies. The Council is made of 47 Member States—13 from Africa; 13 from Asia; 8 from Latin America and Caribbean; 7 from Western European and other States and 6 from Eastern Europe.

The letter read in part: “We urge your delegation to actively support the holding of a Special Session of the Human Rights Council without delay and the adoption of a resolution that ensures meaningful attention to the situation with a view to stemming the abuses and ending impunity.”

“At the Special Session, the Council should adopt a resolution that urges the Nigerian authorities at the Federal and State levels to respect the peoples’ rights to freedom of expression, freedom of peaceful assembly, and association as guaranteed in UN human rights treaties ratified by Nigeria and to refrain from using excessive force to disperse protesters and against journalists.”

“The Council should urge the Nigerian authorities to immediately and unconditionally release all those arbitrarily detained in connection with the ‘RevolutionNow’ protests across Nigeria simply for exercising their human rights to protest and freedom of expression.”

“The Council should urge the Nigerian authorities at Federal and State levels to stop harassing and intimidating Nigerian citizens including peaceful protesters, journalists, human rights defenders, and others who seek to exercise their rights to freedom of expression, association, and peaceful assembly.”

“The Council should express its deep concern about the rapidly deteriorating human rights situation in Nigeria and the impact of the crisis on the Nigerian people, as well as about the targeted attacks on peaceful protesters, human rights defenders, journalists, and Amnesty International in Nigeria.”

“The Council should condemn in the strongest possible terms the attacks on ‘RevolutionNow’ protesters, journalists, and bloggers by the Nigerian authorities at both Federal and State levels, as well as the ongoing impunity enjoyed by perpetrators.”

“The Council should demand that the Nigerian authorities at both the Federal and State levels end these violations and abuses as a matter of critical and urgent priority, including by immediately halting repression of real or suspected opponents and critics, and by conducting thorough, impartial and independent investigations with a view to bringing those responsible to justice and providing victims with redress.”

“The Council should call on the Nigerian authorities at both the Federal and State levels to fully cooperate with the UN Special Rapporteurs, including by allowing them free access to the country to investigate all allegations of human rights violations against protesters, journalists, bloggers and other Nigerians.”

“The authorities have arbitrarily arrested Omoyele Sowore, the organiser of the ‘RevolutionNow’ protests and Publisher of the online newspaper Sahara Reporters. He is still currently detained by the Department of State Services. Several protesters and journalists continue to be targeted, including a former Politics Editor with Daily Trust, Ibrahim Dan-Halilu, who has been reportedly re-arrested.”

We Sued Buhari For Failing To Prosecute Perpetrators Of Missing N3.1b– SERAP