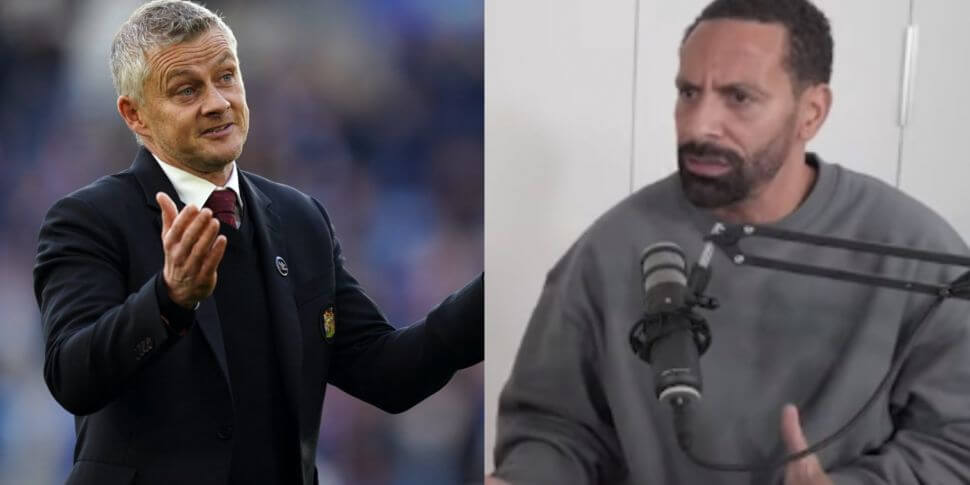 Manchester United legend, Rio Ferdinand, has called on the team head coach, Ole Gunnar Solskjaer to resign from the role.

The former defender gave the advice in a youtube show, ‘Vibe With Five.’

Solskjaer narrowly escaped being sacked by the club’s board after a 5:0 loss to Liverpool.

He managed to secure a win against Tottenham the next weekend, but lost again to Manchester City on Saturday.

The 43-year-old revealed that he has never been “fully convinced” of Solskjaer’s ability to lead the club to Premier League glory.

He said, “I don’t see any philosophy or an identity in the United way of playing, whatever that should be from the management. I sit here confused looking at the team.

“When you look at it like that with the summer transfer window we had, we were all sitting here excited, thinking ‘this is where we’re meant to be’.

“I go back to the point. Ole was brought in with the remit to get us back to a point, a moment where you think he’s brought some foundation back. At the beginning of this season, we were thinking ‘yes, that’s it’.

“I was always deep down a bit skeptical. Could he take us on to be champions? I wasn’t sure, I wasn’t fully convinced, but hoped he would be able to do that.

“But the showing with the squad he accumulated to the beginning of this season and what I’ve seen this season, I just feel that maybe it might be the time now for the baton to be handed over to someone else who can take us on.”

Alex Ferguson Intervenes As Solskjaer Gets Last Chance Against Tottenham