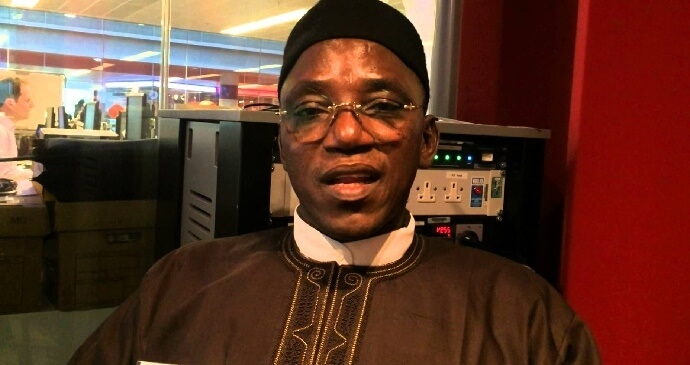 Minister of Youth and Sports Development, Solomon Dalung has vowed to sanction national U23 football team coach, Samson Siasia and other team officials who took to the media to vent their frustration on the poor state of the U23 camp for the Rio Olympic Games.

This was contained in a press statement issued by the Special Assistant on Media to the minister, Nneka Anibeze, who said that officials who violate code of their profession (sic) would be sanctioned.

Barrister Dalung is currently in the United States to visit both the U-23 football and basketball teams, who are expected to fly to Brazil today.

According to the statement, the minister instructed Olympic Eagles captain, John Mikel Obi to take charge of the team, ultimately stripping Siasia of control of the team.

The statement while disclosing that Dalung frowned at the camp conditions and welfare of the players, stressed that the minister “restated that the Ministry was not carried along in line with approved training and camping programs for the Games.

“There is no doubt that the ministry was not considered while plans were being made for the Olympic football team. Nevertheless, we shall intervene to remedy the situation. I have appealed to the captain to assume control of the team and restore sanity. For officials who decided to violate the code of their profession and take to media rampage(sic) to secure cheap blackmail, their conduct will definitely be measured with existing rules.

“We have decided to restore sanity and discipline in Team Nigeria. We shall stop at nothing to sanction any conduct that is not within the code of Rio operations. All federations are hereby directed to stick to the rules,” the statement quoted Dalung to have said.

Anibeze further stated that the captain of the team John Mikel Obi and the Consulate in Atlanta had properly briefed the minister about the state of the preparatory camp, with Siaisia completely ignored.

The statement added that the minister said arrangements have been concluded to airlift the team to Manaus, Brazil venue of their first game in a chartered plane today (Tuesday) as clearance has also been obtained from the International Olympic Committee IOC in Rio to facilitate smooth flight operations.

Nigerians at home and abroad will hope this frustration will not affect the players morale as they arrive Rio in less than 48 hours to their first game against Japan.
The Dream Team VI are in Group B, alongside Japan, Columbia and Sweden. They kick-of their campaign against Japan on Thursday, August 4 ahead of the opening ceremony on Friday, August 5, 2016.