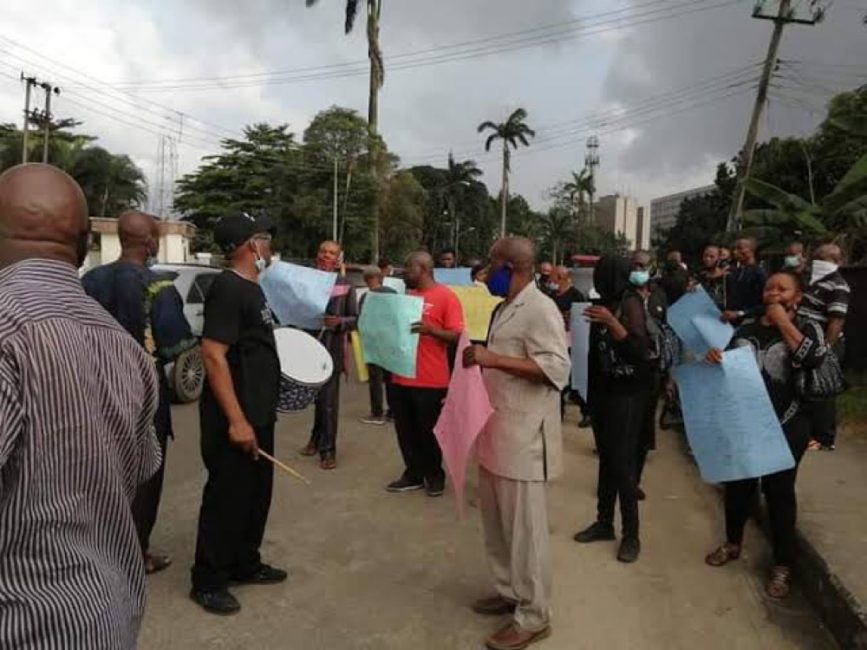 Pensioners in Rivers State have taken to the streets of Port Harcourt to protest the non-payment of their gratuities and other allowances due by Governor Nyesom Wike’s administration.

Recall that the Head of Service in the State, Rufus Godwin Adango, had in a statement said the government was not owing any pensioner in the state.

The protesters, who converged at different points in the city, including the state secretariat, called on the state government to pay all that is due to them.

They said the state government was owing them a backlog since 2014.

According to them, life has not been easy as many of them find it hard to feed and take care of their households.

Meanwhile, the Chairman of the South-South Youth Initiative (SSYI), Saviour Imeabe, has said that youths are next in line to stage a protest following the government’s failure to empower youths in the state.

Imeabe said their demands include 60,000 jobs, youth empowerment, payment of bursary, and scholarships among other things.

“Wike must do all that we asked of him before contesting. We demand for 60,000 jobs in River State.

FLASHBACK: ‘I Took N25m Loan…Felt Heavily Sorry For Myself’ — How Buhari Lamented High Cost Of APC Presidential Forms In 2014