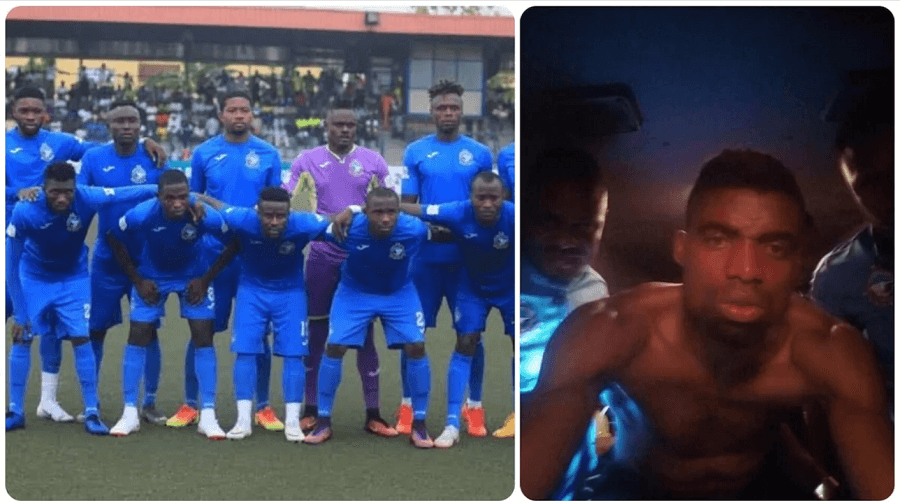 Armed robbers have attacked a bus conveying players and staff of Enyimba football club of Aba after they secured a vital 0-2 victory against Adamawa United in the Nigerian Professional League on Thursday evening, March 19.

The Peoples Elephant where on their way to Aba from Jos after their match-day 25 fixture against Adamawa united  when the armed robbers attacked them  around Enugu-Okigwe -Umuahia Expressway in Okigwe, Imo state.

The robbers  reportedly smashed the windscreen and side mirror of the bus conveying the team, and carted away all their valuables, while leaving a player in the pool of his own blood.

Enyimba chairman, Felix Anyansi-Agwu confirmed the incident to Punch . According to the report, the chairman affirmed he was not at the scene of the event but was well briefed.

He said the attack happened around 7:45 pm and maintained that all the players are safe and have so far returned to there base in Aba .

Enyimba had experienced a similar incident at Okene, Kogi state while traveling to Kaduna for the super-four tournament  in 2016.

Waje In Isolation Over Rumoured Coronavirus Infection At AMVCA 2020