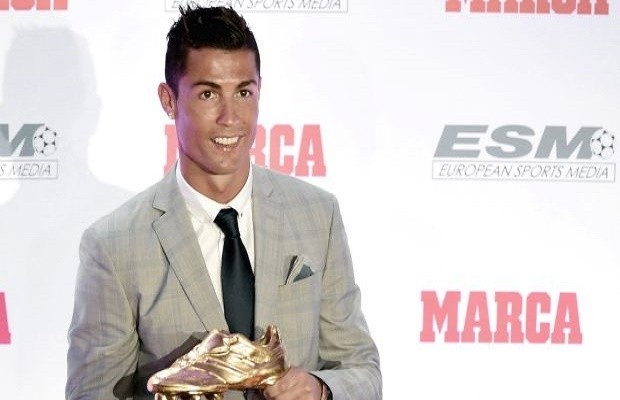 The award is attributed largely to his 48-goal haul in the Spanish La Liga last season. The Portugal captain and FIFA Ballon d’Or holder was on top form last campaign, netting 61 times in all competitions.

The Portuguese, who first won the award after the 2007-08 season with Manchester United, added three more with current club Real Madrid. He insisted that he is still hungry for more.

Ronaldo disclosed this after receiving the award, which was presented to him in a ceremony held in Madrid, attended by his mother and son.

In his words: “I never planned on winning four times.

“Maybe one or two yes but never four.

“I always want more. I know I am the only one to have four but I want more.

“That implies winning trophies with the world’s greatest club. This year will be no different and we want to win La Liga, the Cup and the Champions League. I hope we see each other again next year.”

Ronaldo, 30, is one of the most prolific goalscorer of all time, he alone scored more goals in La Liga last season than 14 clubs did, he is poised to become Real Madrid’s all-time top scorer ahead of former Spain striker Raul, with whom he is level on 323 goals.
With his fourth win, Ronaldo moves ahead of Lionel Messi as the only player to win the award four times. Messi has won three.