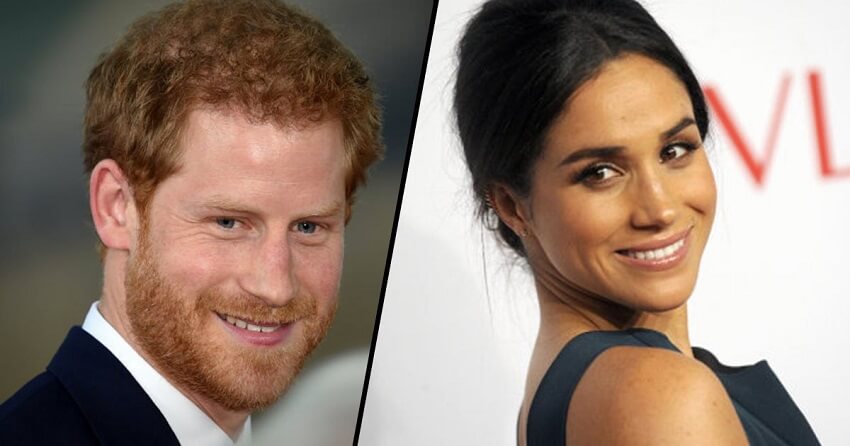 The prince, fifth in line to the throne, will marry Ms Markle next spring and they will live at Nottingham Cottage at Kensington Palace, London.

The couple, who have been dating since the summer of 2016, secretly got engaged earlier this month.

In a statement, Prince Charles said he was “delighted to announce” his son’s news and that Harry had received the blessing of Ms Markle’s parents.

Only the Queen and “other close members of his family” initially knew of the engagement, which took place in London.

The announcement, issued by Clarence House, the Prince of Wales and Duchess of Cornwall’s official residence, said details about the wedding day would be “announced in due course”.

The engaged couple will appear for photographs outside Kensington Palace on Monday afternoon, and will take part in a broadcast interview in the evening.

The Queen and Duke of Edinburgh said they were “delighted for the couple and wish them every happiness”, a Buckingham Palace spokesman said.

Prince William and Catherine, Duchess of Cambridge, said they were “very excited for Harry and Meghan”, adding: “It has been wonderful getting to know Meghan and to see how happy she and Harry are together.”

Justin Welby, the Archbishop of Canterbury, whose predecessor officiated at the Duke and Duchess of Cambridge’s wedding in 2011, wished them “many years of love, happiness and fulfilment”.

Prime Minister Theresa May offered her “very warmest congratulations” and wished the couple “great happiness for the future”.

Labour leader Jeremy Corbyn said: “I wish them well – I hope they have a great life together.”

He joked: “Having met Harry a couple of times I’m sure they’re going to have a great deal of fun together.”

The Prince of Wales is delighted to announce the engagement of Prince Harry to Ms. Meghan Markle. pic.twitter.com/zdaHR4mcY6

Ms Markle’s parents, Thomas Markle and Doria Ragland, said they were “incredibly happy”, adding: “To see her union with Harry, who shares the same qualities, is a source of great joy for us as parents.”

Prince Harry, 33 and Ms Markle, 36, made their first public appearance as a couple in September at the opening ceremony of the Invictus Games, a sporting event set up by the prince for injured soldiers.

Queen Elizabeth: We Can’t Continue To Live In The Past– Prof Adeniyi Reacts To Renaming UNN After Late Monarch

Their married home will be the prince’s current residence Nottingham Cottage, on the grounds of Kensington Palace – where the Duke and Duchess of Cambridge, with Prince George and Princess Charlotte, also have an apartment.

Their 16-month relationship began in July 2016 when they met through mutual friends in London.

Prince Harry first confirmed his relationship with Ms Markle in November 2016, in a statement from Kensington Palace attacking the media for subjecting her to a “wave of abuse and harassment”.
That statement said the couple were “a few months into a relationship” and it was “not right” that Ms Markle should receive such treatment.

It described nightly legal battles to keep defamatory stories out of papers, attempts by reporters and photographers to get into her home and the “bombardment” of nearly every friend and loved one in her life.

Ms Markle spoke about her love for the prince for the first time in September – telling Vanity Fair magazine: “We’re two people who are really happy and in love”.

She said the pair were enjoying a “special” time together, adding: “I’m sure there will be a time when we will have to come forward and present ourselves and have stories to tell, but I hope what people will understand is that this is our time.”

Ms Markle may not have been a familiar name in Britain until recently, but in the US she is better known for her role as Rachel Zane in TV legal drama Suits.

She attended a private primary school before studying at a girls’ Roman Catholic college and later graduating from Northwestern University School of Communication in 2003, just as her acting career was beginning.

Until recently, a union with Ms Markle would have ruled Prince Harry out of succeeding to the throne – due to her being a Roman Catholic.

But new rules on royal succession came into force in 2015, allowing members of the Royal Family to marry a Roman Catholic and become king or queen.

The instant Prince Harry and Ms Markle are pronounced “man and wife” she will automatically become Her Royal Highness, Princess Henry of Wales.

However, she does not automatically become Princess Meghan – because she is not of royal blood.

The Queen’s late sister Margaret was entitled to call herself Princess Margaret. The Queen’s daughter is Princess Anne and her granddaughters are Princess Beatrice and Princess Eugenie.

The Queen’s great granddaughter, Prince William’s daughter, is Princess Charlotte. All of these are, or were, of royal blood and so are princesses in their own right.

But Princess Charlotte’s mother, the Duchess of Cambridge, is not known as Princess Catherine. Just as Sarah Ferguson was never Princess Sarah and Sophie Rhys-Jones (wife of Prince Edward) is not Princess Sophie.