Nigeria Politics
By The Whistler On Oct 8, 2015 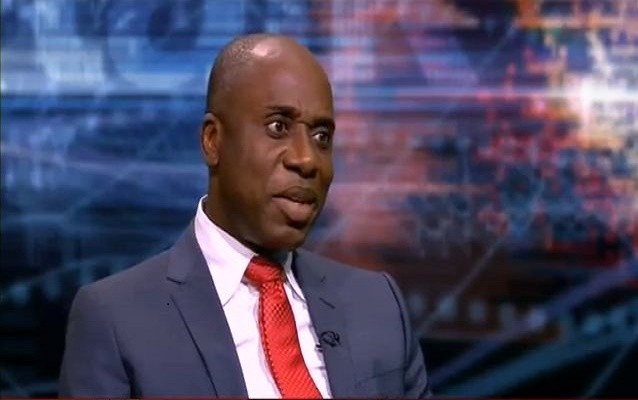 The All Progressives Congress (APC), Rivers State chapter has applauded Nigerian senators for their show of support and love for ministerial nominee, Hon. Chibuike Rotimi Amaechi, when the Senator representing Rivers East Senatorial District, Senator George Sekibo attempted to submit an alleged petition against him (Amaechi), during a Senate plenary session.

A statement issued by the State Publicity Secretary, Mr. Chris Finebone, on Wednesday, described the story of Senator George Sekibo as a classical case of somebody “biting the finger that fed him or her”.

The statement read: “We would like to recall that former governor Chibuike Amaechi it was, who single-handedly insisted and supported Senator George Sekibo in 2011 against the vehement agitation by Nyesom Wike for the Rivers East Senatorial ticket. Despite being the governor’s Chief of Staff, the then Governor Amaechi resisted Wike’s intensive lobby and stood by Senator Sekibo to go for a second term. Apparently, this is one of the grievances Wike nurses for Rt. Hon. Chibuike Amaechi to this day.

“That George Sekibo is a 3 times Senator today is due to former governor Amaechi’s moral, political and resource support and the Senator knows this. All the Senators before Sekibo, including Senator John Mbata served only two terms.

“It was a relief that Senator George Sekibo finally exposed himself today as the character behind the production of 116 CDs titled Rivers of Corruption for distribution to the 109 Senators of the Federal Republic in which highly malicious and unfounded accusations of corruption were levelled against the person of Rt. Hon. Chibuike Rotimi Amaechi without proof of any kind. The aforesaid CDs are a repetition of accusations earlier made against the former governor by the so-called Integrity Group formed and sponsored by Governor Nyesom Wike and the PDP for which all the issues have earlier been sufficiently dealt with by all those who served under the former governor as Commissioners.”

He added that “It is not surprising that Senator George Sekibo lacks basic knowledge of how the Amaechi administration worked, otherwise he would have understood that former Governor Chibuike Amaechi only exercised oversight while the Commissioners were the actual managers of government projects and programmes under the different Ministries.

“The APC would like to emphasize that the former Commissioners, who were executors of the Amaechi administration’s projects and programmes have also robustly responded to the Integrity Group with facts and figures that showed off their accusations as a tissue of lies and a figment of their warped imaginations

“Once again, it was a thing of joy to observe Distinguished Senators across party lines spontaneously rise in defence of a good man, whose only offence is his dogged fight that contributed in no small way to the woeful defeat of the PDP and former President Goodluck Ebele Jonathan in the 2015 general elections. Our Distinguished Senators rose beyond partisan politics and narrow interests when it mattered most and showed that an exceedingly visionary leader like Rt. Hon. Chibuike Amaechi cannot be made a victim of cheap political blackmail by some selfish, misguided and small-minded persons.

“The APC would like to warn the likes of George Sekibo not to embark on the fruitless enterprise of launching hate campaigns against Rt. Hon. Chibuike Amaechi as God will continue to render such exercises dead on arrival. Whom God has blessed, no man can curse.”