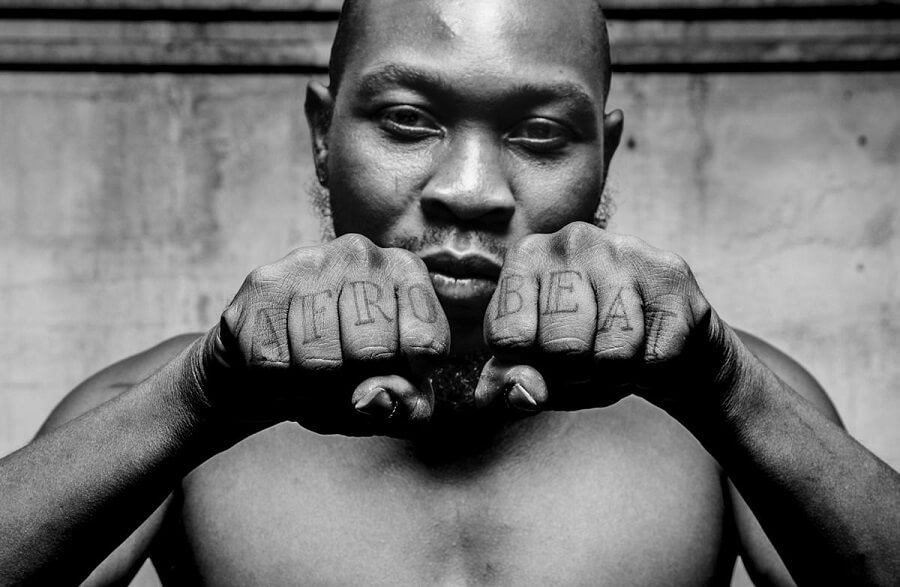 Nigerian singer, Oluseun Anikulapo Kuti, better known as Seun Kuti, the youngest son of famous Afrobeat pioneer Fela Kuti, has attacked an unidentified lady who was spotted in a video clip advising a group of teenagers against becoming ‘Marlians.’

The lady, who claimed to be a teacher, had advised children not to join the ‘Marlian’ cult, adding that her brothers were locked up in jail for supporting Fela Anikulapo Kuti.

Reacting to the video clip, Seun Kuti said the unidentified lady brothers where locked up for 6 years by the Nigerian Police because they were caught fighting at the shrine:

He has further advised the lady to tell Nigerians that her brothers were arm robbers.

“See all these Lies by these idiots. Fela Name don full everyone mouths. These idiots that know of nothing sacred.

“Now this one is talking about her brothers that went to shrine and police locked them for 6 years for fighting? Does that make sense.

“I grew up in the shrine, where is my Kiri Kiri record. Let me advise Nigerian Parents, it’s ur duty to raise your kids and this woman is just as dangerous to their psyche as the ‘Marlian’ syndrome u are afraid of!

“It is because we allow people like this interact with our children, we have an educational system that tends to reduce justice as it produces lawyers, reduce health as it produces doctors and created ignorance as it produces teachers hence the more lawyers the less justice.

“The more doctors the less health and the more teachers the more ignorance. Everyone just dey disrespect Fela as dem like, now this goat and her goat twins have gone to prison for ‘6 years for fighting’.

Better tell the world that ur brothers were robbers. Ode!! #getthesax.”

Why We Restricted Withdrawals From Domiciliary Accounts-CBN