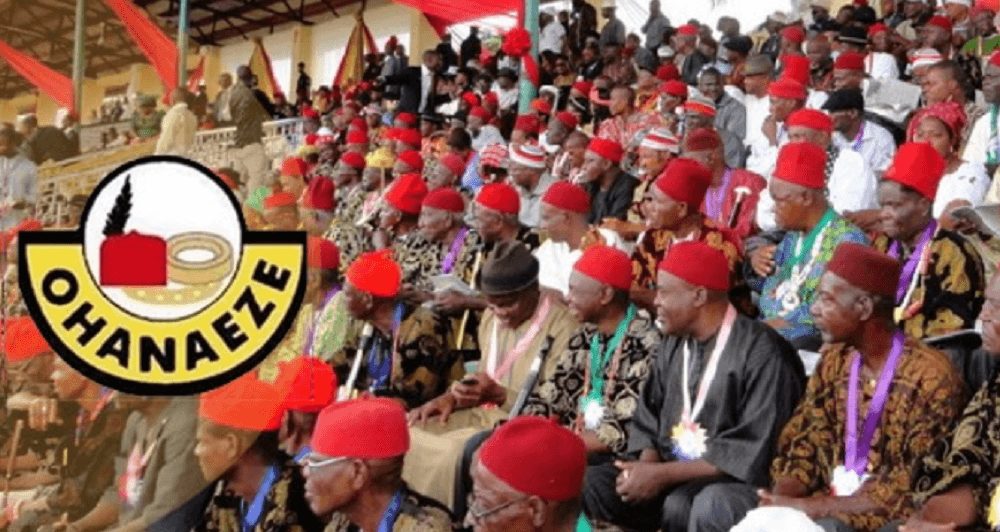 The South-East Council of Traditional Rulers and the Representatives of Igbo Archbishops and Bishops have welcome the suggestions by the Attorney-General for the Federation and Minister of Justice Abubakar Malami to exploring political solutions in ending the insecurity and socioeconomic challenges in the country.

The Body stated its position in a statement issued on Saturday and made available to THE WHISTLER.

The statement was signed by the Obi of Onitsha, His Majesty, Igwe Nnaemeka A. Achebe; the Catholic Archbishop of Owerri, Most Rev. Anthony Obinna and the Methodist Archbishop of Umuahia, Rev (Dr) Chibuzo Raphael Opoko.

Malami had when asked if the Federal Government was not disposed to a political solution to the separatist agitations of the leader of Indigenous People of Biafra, Nnamdi Kanu; and Yoruba nationalist, Chief Sunday Adeyemo, also known as Igboho, said although such consideration was not yet on the table, the government would not mind taking a shot at it.

He had said, “As far as the security situation is concerned and as far as governance and this administration is concerned, you cannot rule out all possibilities. But then, there has to be an approach for government to consider.

“We will look into it (approach) for the purpose of looking at its weight, the authenticity of it, the good faith associated with it and then bring about the considerable factors relating to the negotiations or otherwise.”

Reacting to the development, the Body said the statement is in line with the proposal which it earlier made on the issue.

It said, “The Joint Body acknowledges the statement by the Attorney-General & Minister of Justice Mr. Abubakar Malami (SAN), in which he affirmed that the Federal Government was open to a political solution to Mazi Nnamdi Kanu’s case.

“This statement is in line with the proposal earlier made by these Joint Body and by other well meaning persons and groups 1n Nigeria. This Body therefore eagerly awaits the concrete steps that would be taken in this regard.

“The Joint Body acknowledges the roles played by various other Igbo organizations and groups in fostering peace in the South East zone and calls on all to sustain the current effort until true peace, based on justice and equity, is achieved in our land.”

On the trial of Nnamdi Kanu, it called on the Federal Government to ensure that the IPOB leader is giving a fair hearing at the court.

It said, “The Joint Body is highly disturbed by the persistent complaints by the IPOB legal team about the difficulties it encounters in dealing with the Department of State Services (DSS) and, especially the sad events which occurred during Mazi Nnamdi Kanu’s appearance in court last Wednesday November 10.

“This Body urges the court to affirm the fundamental rights of Mazi Nnamdi Kanu, his lawyers, and other stakeholders.

“Failure to do so would lend weight to the suspicion in some quarters of a planned secret trial, as weil as neutralise all the efforts being made to establish peace in the South East.”

The Body commended Kanu and the entire leadership of the Indigenous People of Biafra {IPOB) for listening to its appeal and calling off the sit at home order.

This, it stated, has offered some relief to the already distressed social and economic life of our people.

It also expressed relief that the Anambra State Gubernatorial Election was conducted without any major incidents or breach of the peace.

INTERVIEW: Why Do You Want To Know If I Support IPOB? Senator Abaribe Evasive On…