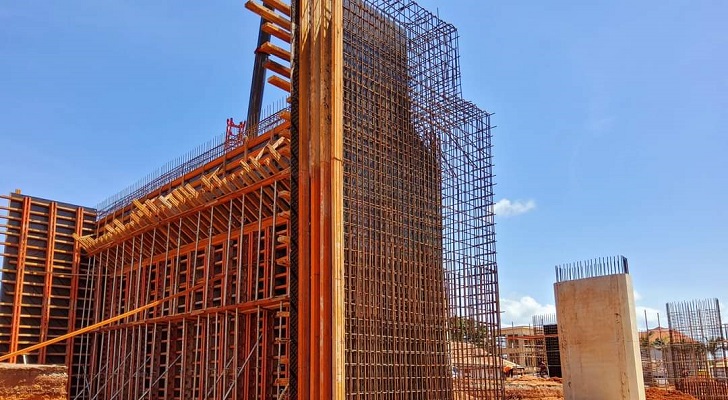 According to the zonal PDP scribe, the project would improve the economic activities and per capita outputs of the people when completed.

Chief Ugwu, who went for an on-the-spot-assessment of the project, told THE WHISTLER that, “The superstructures—pillars—are already solidly standing out from the foundations; getting ready to bear the ramp. This project, when completed, will ease traffic on the ever-busy Abakpa-Nike Lake T-junction, connecting Enugu and indeed Southeast to the Northern part of the country through Nsukka.

“This place used to be a nightmare. It is another legacy project of Governor Ifeanyi Ugwuanyi. It amazes me how His Excellency simultaneously executes these massive developmental projects, both in rural and urban areas, giving the current general paucity of funds and astronomical rises in the cost of goods and services in the country.”

He said that posterity would not forget Gov Ugwuanyi in a hurry as governor who served his people in all humility and delivered dividends of democracy to them.

Ugwu noted that besides infrastructural development, Governor Ugwuanyi has done well in ensuring relative peace in the state while also maintaining harmonious working relationship with workers in the state.

The construction of the T-junction flyover commenced on March 9 this year, and scheduled for completion before the end of this year.

A trader beside the flyover, Nkem Ugwuoke, said, “Our prayer is for the completion of this project before the end of Gov Ugwuanyi’s tenure. It will go a long way in ameliorating our sufferings because of the age-long traffic jams along this axis.”

PDP Calls For Investigation Of Patami’s Link With Terrorist Groups

PHOTO: T.B Joshua Lying In State As Family Members, Others…