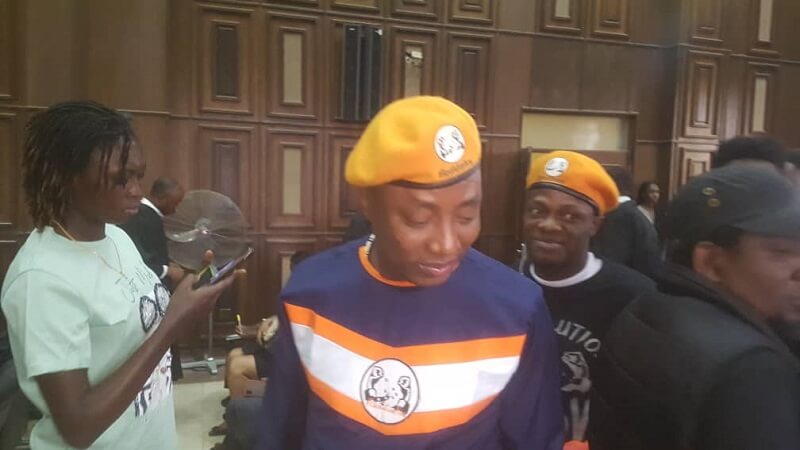 The Federal High Court in Abuja has awarded N200,000 as damages against the Department of State Services (DSS) to be paid to Convener of the #RevolutionNow movement, Omoyele Sowore.

According to the court, the damages were awarded against the DSS over its frivolous application for adjournment.

Justice Ijeoma Ojukwu, who gave the order on Wednesday at the resumed trial of Sowore and his co-defendant, Olawale Bakare, thereafter adjourned the case till Thursday, February 13for fresh amended charges.

Sowore and co-defendant, Olawale Bakare, are facing trial over charges of a treasonable felony for organising the revolution now protest on August 5, 2019, which the government saw as an attempt to disrupt peace in the country.

The prosecutor; AK Alilu informed the court that the office of the Attorney General of the Federation (AGF) has taken over the prosecution of the case and has filed amended charges.

Alilu added that they are yet to effect service of the amended charges on the defendants.

He said the office of the AGF took over the case late last year and applied to arraign the defendants based on the amended charges.