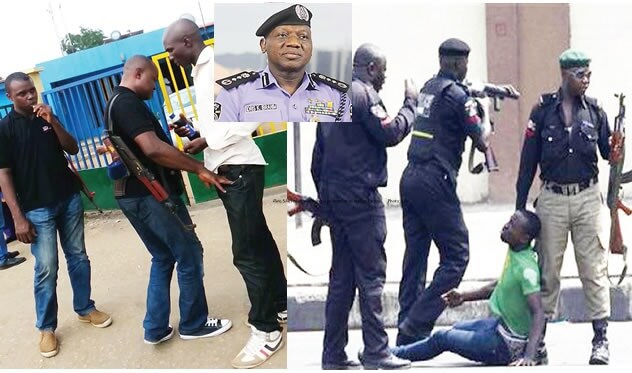 Operatives of the Federal Special Anti-Robbery Squad (FSARS) have been warned by the Inspector-General of Police, Ibrahim Idris, to stop chasing after internet fraudsters in the country popularly known as ‘Yahoo boys’.

This, IGP Idris said, was because the “specific role” of the FSARS is to nip “robbery, armed robbery, and kidnapping activities” in the country and not chasing after Yahoo boys.

According to Daily Trust, the Police IG issued the warning at the Ogun State headquarters of the FSARS at Magbo in Abeokuta, saying any operative of the unit found chasing after cybercrime suspects will be decisively dealt with.

The Police chief, who was represented by DCP Adepojulo Ilori who is in charge of the South West Monitoring Fact-Finding Committee on SARS Reform, told an audience that the FSARS will operate differently henceforth.

“We are visiting all the FSARS facilities in all the commands in the Southwest states and ensure that the IGP’s directives are strictly complied with. To achieve this, we are soliciting the usual unflinching support of the media, the civil liberty organization, human rights organizations and the entire members of the public to promptly report their observation to the CP of the state concerned because we cannot achieve this without your cooperation,” said Ilori.

“We are very sure as from now that you are going to see a positively transformed FSARS operative that will now function as per their specific role of nipping robbery, armed robbery and kidnapping activities in the bud. This why we are here.

“For now, SARS will be operating in our normal uniform until after we might have completed our fact-finding mission even the presidency will still have inputs,” said the Deputy Police Commissioner.

THE WHISTLER recalls that Vice President, Professor Yemi Osinbajo, had recently ordered the reform of SARS following widespread complaints of brutality, extortion and other vices across the country by operatives of the squad.

JUST IN: Osinbajo Not Involved In Accident…He Stopped To Assist Victims – Aide