Supreme Court Justices That May Retire Before 2023 General Election 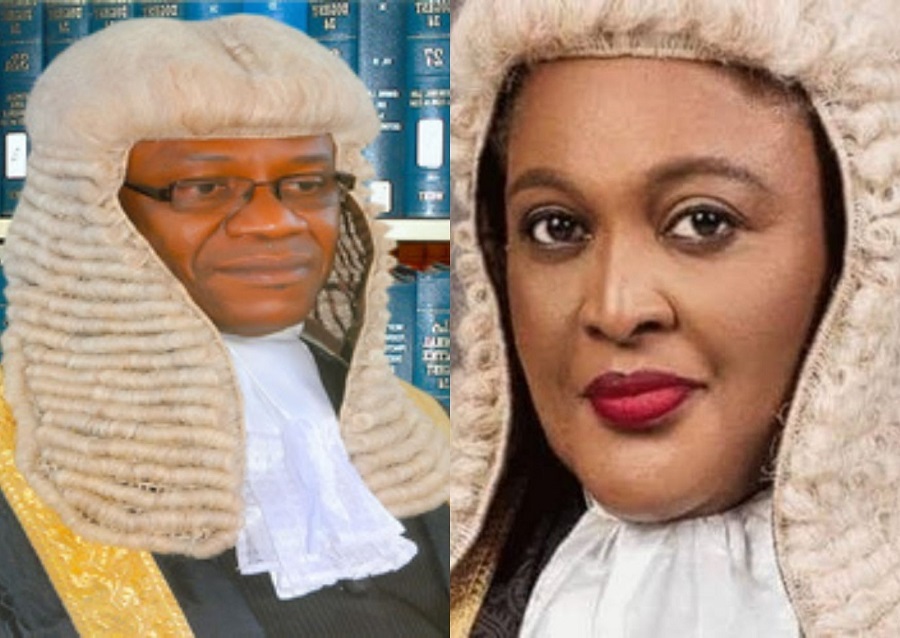 Although the election tribunal is the court of first instance in electoral petition matters, many petitioners still appeal to the Supreme Court for final interpretation of constitutional issues.

But two Justices of the apex court may not be among  those that would be selected to be part of the panel that may preside over possible appeals from the 2023 presidential election.

The two Justices will retire from the bench in 2022 because they would have reached the mandatory retirement age of 70.

Eko was born on May 23, 1952 in Benue State, Nigeria and as a Nigerian judicial officer, he began his legal journey in 1977 at the Kaduna State Ministry of Justice.

Later in 1987, he was engaged at different levels in Benue state judiciary rising to the position of Chief Judge in 2005.

He was subsequently moved to the Court of Appeal in 2008 before his final elevation to the Supreme Court in 2016.

In addition, several other Justices of the apex court will also end their service as judicial officers after 2023 poll but within same year, our correspondent has learnt.

According to the National Judicial Council’s website, the Chief Justice of Nigeria, Tanko Muhammad was born on the 31st of December 1953.

Furthermore, using the archived pages of the Supreme Court website retrieved  through the Wayback Machine, THE WHISTLER collated the profile of other Justices who will bow out by 2023 due to their age.

Justice Musa Dattijo Muhammad : He was born on 27 October 1953(68 years) and will be due for retirement in 2023. He assumed duty as Justice of the Supreme Court of Nigeria on July 2012.

The apex court has jurisdiction in any case between the Federal Government  and a state or between states and it also hears and determines appeals from the Court of Appeal.

As enshrined in the 1999 Constitution, all apex court justices cease to hold office when they attain the age of seventy years.

There are currently 17 justices of the apex court.

The Chief Justice of Nigeria, Tanko Muhammad had in 2020 complained about the need to have more justices.

THE WHISTLER reported that the highest court in the land had a total number of 12 justices in August 2020, as stated by its Director of Information, Soji Oye.

However, the looming exit of about 4 of the justices due to their ages, the spotlight would soon fall on the apex court as we approach the 2023 general elections.

THISDAY Disowns Journalist Arrested In Connection With Invasion Of Justice…