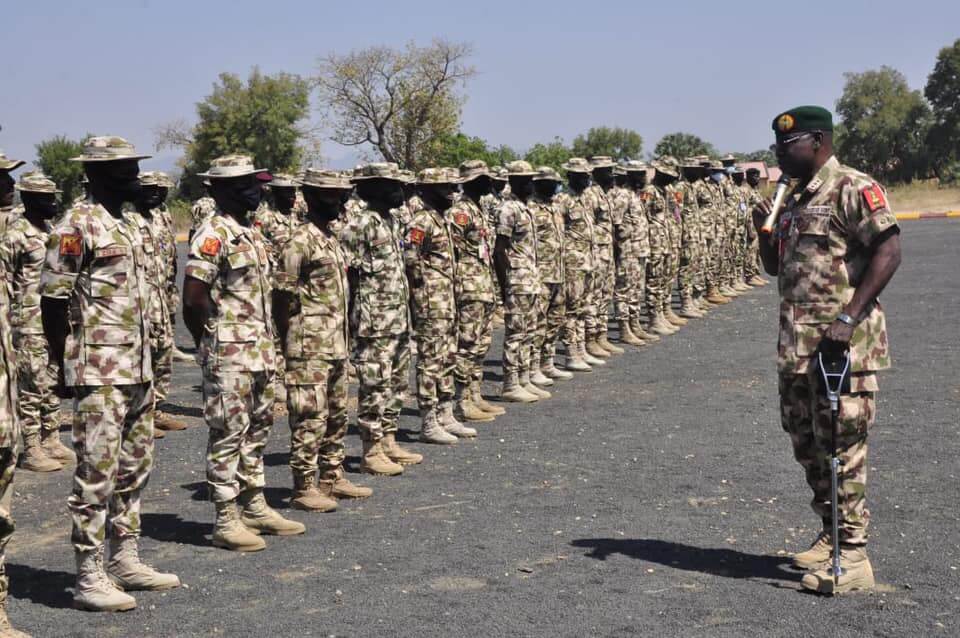 The Chief of Army Staff (COAS) Lt. Gen. Faruk Yahaya has directed troops of the Nigerian Army to sustain aggressive offensives against insurgents and bandits.

Yahaya gave the directive when he paid an operational visit to 23 Brigade, Yola, Adamawa State, on Saturday where he received a brief on the security situation and the activities of the Brigade.

He called on the military operatives to continue engaging the bandits who are precipitating insecurity in the country until they are decimated to a point of surrendering.

The COAS assured the troops that the challenges raised by their commander would receive the desired attention to enable them to perform their duties optimally.

He stressed the need for troops to consistently train and bring their combat experiences to bear in decisively tackling the adversaries.

During the visit, the COAS commissioned two blocks of soldiers’ accommodation in line with his commitment to improve personnel’s welfare and boost troops’ morale while urging them to maintain the facilities and put them to good use.