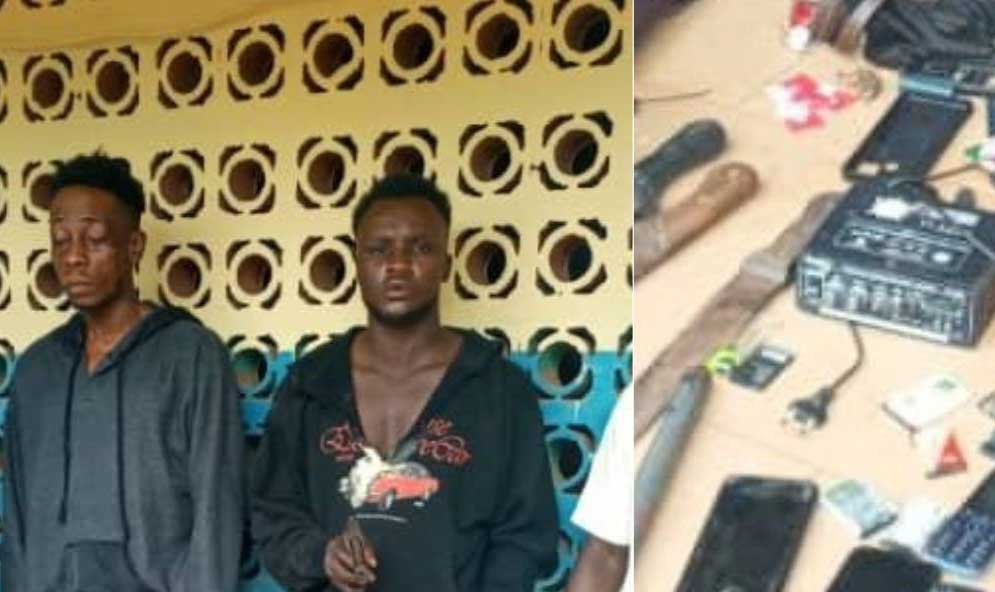 The Anambra State Police Command, Sunday, announced the arrest of four robbery suspects that allegedly attacked a police constable and dispossessed him of his personal belonging on 29/8/2022 along Umukabia Okofia village, Neni.

The suspects are Chukwubike Anieto, 20, from Agulu; Chukwuemerie Ike, 36, from Agulu; Chidera Muo, 25, from Neni, and Chukwuma Isreal, 28, all residing at umuezeani village, Akwaeze.

They were arrested on 9/9/2022 at about 11pm by police operatives attached to Neni Division in conjunction with the local security, the state police public relations officer, DSP Tochukwu Ikenga, said in a release.

According to him, items recovered from them were one berreta pistol, three motorcycles, one axe, three matchets, one police belt, one sumec generator, and thirteen different brands of phones.

He said during interrogations, the gang confessed to have masterminded the attempt to rob a lady of her belonging along Okofia village, Neni recently.

Meanwhile, the state commissioner of police, CP Echeng Echeng, while charging the operatives to sustain the tempo on weeding out criminal elements in the state, assured that the ‘confidence reposed on police shall not be taken for granted’.

The PPRO said the suspects would be charged to court after the investigations.