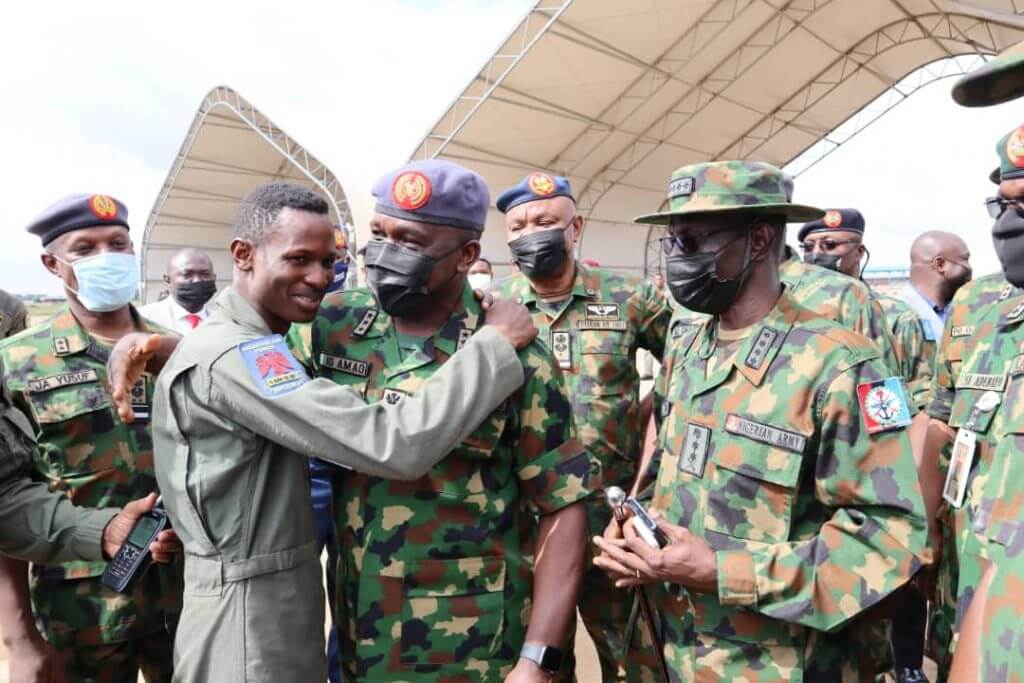 The pilot of the Alpha Jet who reportedly evaded bandits attack has narrated how the attackers destroyed villages and killed many in a bid to capture him.

Recall that Nigerian Air Force (NAF) confirmed an attack on its fighter jet three days ago between the borders of Zamfara and Kaduna States.

NAF disclosed that the pilot had survived.

Flight Lieutenant A. Dairo in his testament of how he survived, described the attackers as terrorists, saying  “they are ruthless like Boko haram, I don’t know why we still call them bandits”.

He said, “And making the decision to turn hard 90 degrees immediately the bandits lost sight of me on a sandy cliff where they couldn’t trace my footpath again.

“The CAS told me they got information that in turn, the bandits kept going straight in the direction I was initially going and they destroyed several villages and camps, killing plenty people, thinking those people harboured me”.

Dairo explained that the assailants who reportedly crashed the fighter jet “were more interested in capturing” him than “shooting” him even at point-blank range.

He said although they failed in both, he was able to find the strength to run and walk covering almost 30 kilometers even with one strained leg.

Dairo revealed that while on his survival mission, NAF platforms overhead also helped him to deter the bandits by making some of the pins down while he kept running.

Dairo said he had, fortunately, made his way into a village where he was sheltered and cared for until NAF helicopters came to pick him up.

He added, “The village I eventually entered at night, I told God that the first person I see and call should favour me and that happened, he gave me clothes, pain-relieving drugs, food and water and even malt, and he organized for a bike to carry me to DanSadau early next morning.

“Throughout the night I couldn’t sleep, I was praying that the bandits don’t attack the village because my right leg was already swollen and very painful so I couldn’t jump fences or run again, plus I didn’t want to bring death upon innocent people, and it may force the guy to give me out to the bandits.

“They dropped me with their Emir who with pride and joy called the Army guys to come and meet me (they all had sleepless nights). NAF helicopters came to pick me up from there.”