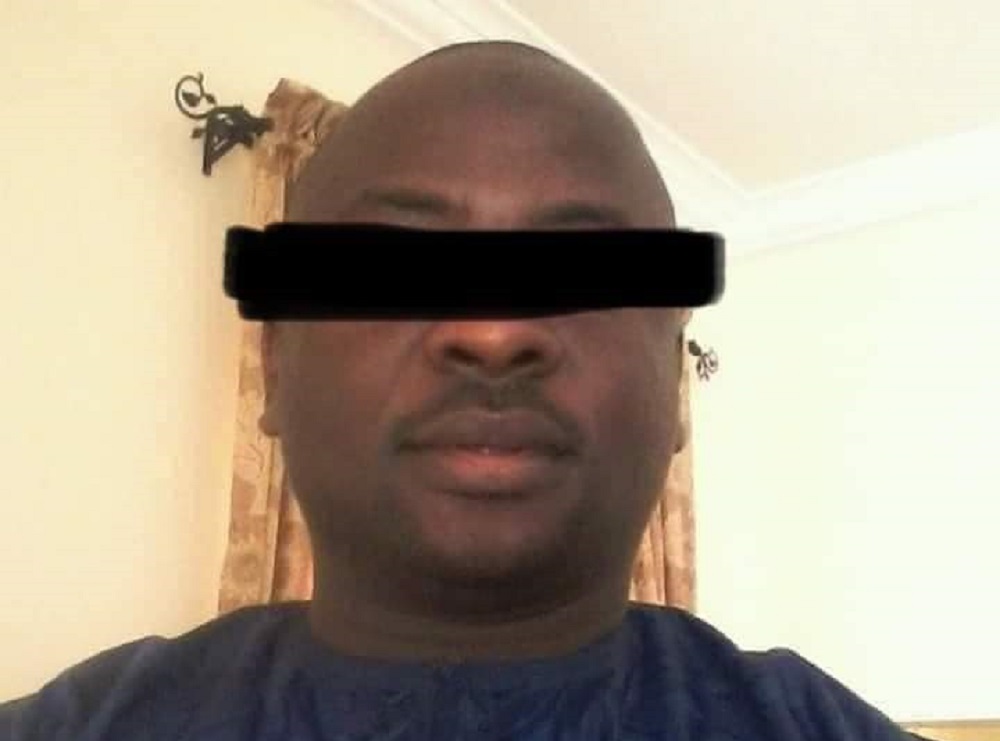 The Adamawa State Police Command has launched a manhunt for the husband of a female journalist who was allegedly battered by her husband a few days ago, in Yola, Adamawa State.

Adamawa State Police Public Relations Officer (PPRO), Suleiman Yahaya Nguroje, made the revelation in a telephone conversation with THE WHISTLER on Friday.

The suspect, one Ibrahim Aliyu, was a former employee of PHCN who recently lost his job.

Nguroje said,
“What happened was that when she was beaten by the husband, instead of her coming to the police for the husband to be apprehended, she went about sharing on social media and attracting undue sympathies that made the husband escape.

“When my attention was drawn, we advised her to report the case. So as I’m talking to you now, our men have commenced investigations even though the suspect has gone into hiding, but we are doing everything possible to trace him and possibly apprehend him.”

Nguroje added that, “One thing the Commissioner of Police has directed is that the law must definitely take its course.”

The suspect was said to have divorced his wife before inflicting violence on her.

Speaking on what led to the divorce, the Police spokesman explained that the journalist got separated from her husband as a result of domestic crisis.

In his words: “It is as a result of the crisis, the conflict they had that led to their divorce. After he beat her, he divorced her. But you see, one will not know exactly what happened unless the husband is apprehended. It is the incident that resulted in the divorce. We have to get the husband before we preempt the investigation.

“As of now, we have accepted her complaint. We took her to the hospital to ensure that she is given the proper medication that is needed for her. Having done that, we are now searching for the husband who went into hiding, because journalists have already blown it off that they are calling for police to intervene, that they are not going to allow this to die. They condemn this, they condemn that.

“But I’m assuring you that wherever he must have run to, definitely the full wrath of the law must catch up with him.”

Recall, on Wednesday, 17th August 2022, the leadership of Nigerian Union of Journalists called on FIDA, UNFPA, UNICEF to intervene over the battering of its female member, Nafeesah Vandi, by her Husband.

Nafeesah, a staff of the News Department, Adamawa Broadcasting Corporation (ABC) Yola, is said to have been beaten by her alleged husband, one Mallam Ibrahim Aliyu, a sacked staff of PHCN who is currently on the run from police.

In a statement signed by Ishaka Donald Dedan, Chairman, and Fidelis Jockthan, Secretary of the NUJ branch in Adamawa, they described the situation as heinous, unacceptable, wicked, and barbaric.

Reacting to this, Ladi Bala, the National President of the Nigeria Association of Women Journalists (NAWOJ), in a press statement released on Thursday, said: “NAWOJ has noted with concern, the alarming spikes in the cases of physical and domestic violence against women by their spouses. The ugly development is becoming worrisome, reprehensible, dastardly thus, totally unacceptable .

“It is particularly worrisome to note that in the month of August 2022 alone, there were three documented cases of wife battery that inflicted serious physical injuries, mental torture, dehumanised sanctity and dignity of victims by their husbands in the country. One of the sad cases, is confirmed dead from the alleged  unfortunate violence.”

Bala added that: “Ibrahim Aliyu must be made to face the full wrath of the law to serve as deterrent to his like minds from ever contemplating such an unacceptable and criminal act.

“It should be noted that an injury to one is an injury to all. There can never be justification for violence against a spouse or any human being.”

In Offa, At Pinnacles Resource Centre