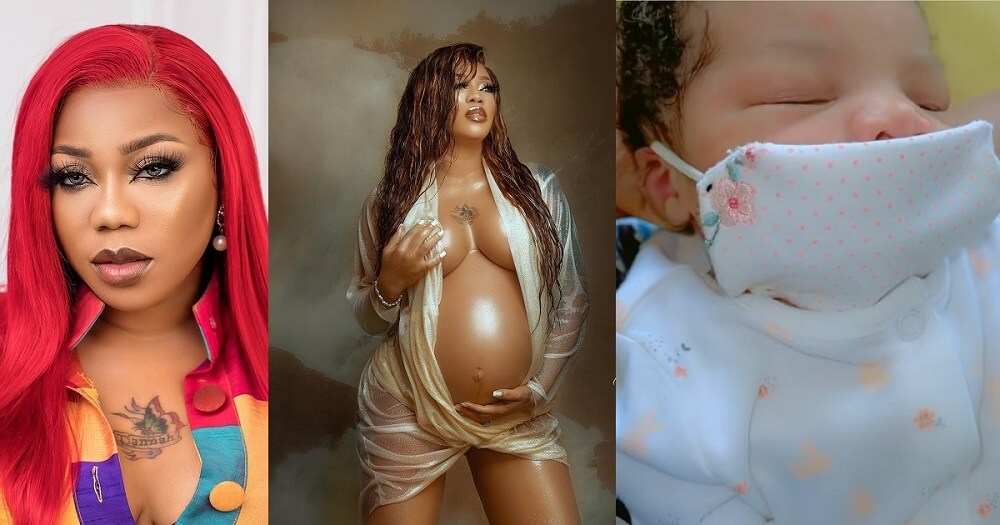 According to her, the battle started when she was still pregnant for her photographer husband, Segun Adebayo, popularly known as Segun Wealth.

Lawani made the claim on her Instagram page on Tuesday while sharing pictures of her third child.

The controversial fashion designer also called ‘Tiannah’s Empire ‘ has been under several attack over comments on social media.

In March, she was under attack over controversial ‘nun’ outfit she posted of herself on the internet.

In August, she also posted a half nude photo of herself and her son which was greeted on social media with backlash.

In the fresh post on her Instagram, Lawani said her alleged foes do not see the struggle in childbirth, but are hasty to criticize her.

She said, “They still wish you death now that you are here. They wished me death while you were in my stomach and said I would die carrying you but God overcome them.

“You are here and still overcoming their daily wishes. May God continue to protect you, my child. Happy two months birthday @kingtinukeleora. Continue to shine, our love.

“At times, they don’t see the pain and struggles, they see just the glitz. Well, Imole-ayo, like your grandma fondly calls you. Eleora, you are my light and you are God’s gift to this swag fam. We love you and we are happy to share our lives with you.”