They Want To Frame Me For Bombing Oil Facilities’, Tompolo Cries Out 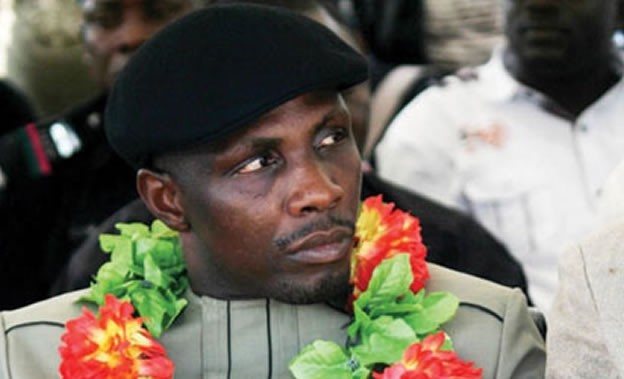 Former Niger Delta militant, High Chief Government EKpemupolo (‘Tompolo’) has protested what he calls a plot by some politicians in Bayelsa State to launch bomb attacks on oil installations and pipelines in the region, with the aim of attributing the attacks to him over his open support for the re-election of the Governor Seriake Dickson.

The Economic and Financial Crimes Commission (EFCC) has secured a court order to arrest Tompolo over allegations of financial crimes in NIMASA.

According Tompolo, in a statement issued yesterday via email, though the election had stirred up bad blood among Niger Deltans, including loss of lives and bitterness, the anger felt by some politicians against his support for the re-election of Governor Seriake Dickson should not be used for the destruction of the nation’s economic assets.

The statement read in part:

JUST IN: EFCC’s US-Based Witness To Testify Against Former Director-General Of NIMASA In N754.8M Fraud Case

“I wish to congratulate the winner of the just concluded Bayelsa state governorship election, Rt. Hon. Serieke Henry Dickson, as the re-elected governor of the state. I want to urge you to be magnanimous in victory as I also want to call on the All Progressive Congress’ Chief Timipre Sylva to be courageous and generous to accept defeat which is the spirit of the average Ijaw man.

“After all, you are all Bayelsans and Ijaws. Therefore, always have the interest of the people at heart. And above all I want to remind you all that power belongs to God Almighty, and He gives it to whoever He deems fit. It is instructive to note that the Ijaw nation is at a crossroads owing to the several evils befalling the Ijaw people, especially the huge number of casualties during the election. Elections ought to be a friendly contest and not a ‘do or die affair’.
“Furthermore, I want to admonish those that are still aggrieved as a result of the outcome of the election, not to resort to destruction of national assets, specifically crude oil facilities and pipelines, and attribute it to me because of my position on the election, to desist from such acts as it will not do us good as a country; as we all need to support President Muhammadu Buhari’s administration to succeed.”

He reiterated his earlier statement that “we cannot all be in APC,” noting that “our people have always believed in the Nigerian project and have always hoped to join hands with this administration to move this project forward.”

Tompolo declared “the conditions being attached are not acceptable. Therefore, I once again insist on believing in the Nigerian project unconditionally.”

Goodluck Jonathan Honoured In Atlanta By The SCLC

CUPP Fingers Lawan, Akpabio, Adamu, Others In Plot For Violent Takeover Of NASS

My Senatorial Ambition, To Give Back To Delta South – Uduaghan