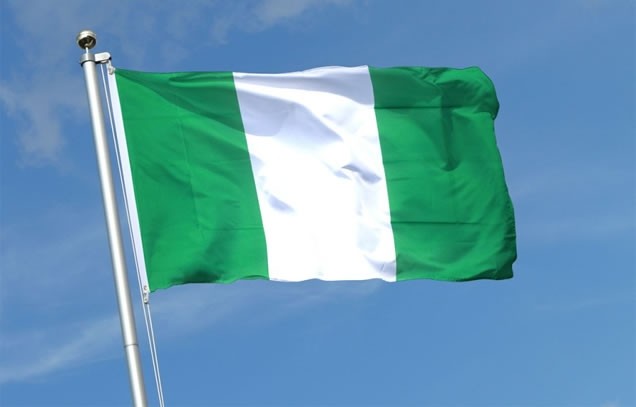 The Yorubas and the Igbos, two of the most resourceful, engaging and outgoing ethnic groups in Nigeria, are becoming implacable enemies. Increasingly, they seem to hate one another with pure hatred. I never appreciated the extent of their animosity until the social media came of age in Nigeria. Now, hardly a day passes that you will not find Yorubas and Igbos exchanging hateful words on internet blogs.

The Nigerian Civil War ended in 1970. Nevertheless, it continues to rage today on social media mostly by people who were not even alive during the Civil War. In blog after blog, the Yorubas and the Igbos go out of their way to abuse one another for the most inconsequential of reasons. This hatred is becoming so deep-seated, it needs to be addressed before it gets completely out of hand. It is time to call a truce. A conscious effort needs to be made by opinion-leaders on both sides of the ethnic divide to put a stop to this nonsense.

But the truth is that stereotypes are essentially generalisations and exaggerations. In a lot of cases, they are unreliable and untrue. Stereotypes must be recognised at their most effective as a joke. They are the stock-in-trade of seasoned comedians; the garnish for side-splitting anecdotes at weddings and social gatherings. Stereotypes should not be taken seriously. We should laugh at them without being offended by them.

The more Nigeria develops as a melting pot of nations, the more we should be able to laugh at ourselves. The greater inclination to do this denotes increasing strength of character and self-confidence. However, with the advancement of social media, the banter has gone way beyond the jocular and innocuous to outright malice and unadulterated hatred. Increasingly, what you hear are abusive and pejorative labels of “Yariba,” “Yorubastards” and “Yorobbers;” as well as “Eboes,” “Zooafrans” and “Biafrauds.”

As the insults fly with abandon, you begin to wonder where all these come from. What is the basis of all this hate? In the sixties, the Igbo were slaughtered in pogroms in the North. However, the principal exchange of hateful words today is not between Northerners and Easterners, but between Easterners and Westerners. Why are these two ethnic groups so much at loggerheads? How did we get to this pass?

Malicious stereotyping often involves denigrating the strengths of others. The Igbo are very enterprising; a very valuable resource in a developing country like Nigeria. But then this is castigated as mercenary. The Yorubas take great pride in education; another valuable asset in today’s modern world. But then they are derided as using this to get one over on others.

The saving grace is that the two groups live side-by-side in peace and quiet in different parts of the country. Moreover, the animosity between them, especially among the younger generation, has not prevented their boys and girls and men and women from falling in love. Yoruba men marry Igbo women; and Igbo men marry Yoruba women. Meanwhile, “a luta continua.”

The Igbo tar the Yorubas with the brush of Awolowo, who they label as “the father of ethnicity in Nigeria.” In that narrative, it is conveniently overlooked that the broadmindedness of the Yorubas enabled Azikiwe, an Igbo man, to win a regional election in the Yoruba heartland in 1954. Instead, what is harped on is the fact that Awolowo mobilised Yoruba politicians to nullify that victory by decamping from Azikiwe’s more nationalist camp to Awolowo’s more ethnically-focused camp.

One of the newspaper headlines that sticks in my memory from 50 years ago is the one that said: “If East Goes, West will Go –  Awo.” After a visit to Ojukwu in Enugu at the height of the acrimony over the mass killing of the Igbo in the North in the mid-1960s, Awolowo declared that if the East was allowed to secede as a result of acts of omission or commission, he would also lead the West into secession.

This flashed a green light for Igbo secession. But when the East seceded, Awolowo failed to mobilise the West to follow suit. Not only did the West not join the East in secession, it joined the North in fighting against the East. Awolowo then became the Commissioner of Finance and Vice-President of the Federal Executive Council of the Nigerian government that prosecuted the war against Biafran secession.

The Igbo have rightly deemed this a great betrayal. But their case against Awolowo did not end there. As finance minister, Awolowo was the brainchild of the strategy to blockade Biafra; leading to mass Igbo starvation and deaths. With the end of the war, it was also alleged that Awolowo orchestrated the policy whereby the totality of individual holdings of Biafran currency was converted to Nigerian legal tender at a flat maximum amount of only 20 pounds.

This effectively pauperised the Igbo. Since it also coincided with the period when Nigerian corporations were being privatised, it had the effect of locking out the Igbo from strategic sectors of the Nigerian economy; gobbled up in the main by the Hausa-Fulanis and Yorubas.

The Igbo case against Awolowo has become the Igbo case against the Yorubas. In the process, it is easily overlooked that prominent Yorubas, like Tai Solarin and Wole Soyinka, defended the Igbo right to self-determination during the Biafran War. The properties the Igbo left behind in Yorubaland during the Civil War were not expropriated by the Yorubas, as they were in some other places. When Odumegwu Ojukwu came back from exile in Ivory Coast, all his father’s properties in Lagos remained intact.

Under President Obasanjo, a Yoruba man, the Igbos were given the control of Nigeria’s economic and monetary policy. The Minister of Finance, Ngozi Okonjo-Iweala; Governor of the Central Bank, Charles Soludo; and Director-General of the Stock Exchange, Ndidi Okereke-Onyuike, were all Igbos. So were the Minister of Education, Obiageli Ezekwesili; and the Director-General of NAFDAC, Dora Akinyuli.

Indeed, Obasanjo favoured the Igbo more than his native Yorubas. He appointed an Igbo, Thomas Aguiyi-Ironsi, as the Minister of Defence and another, Air Marshal Paul Dike, as Nigeria’s first Igbo Chief of Air Staff. While the Igbo visit the transgressions of Awolowo on the Yorubas, they do not visit the favouritism of Obasanjo on the Yorubas.

The sins of Awolowo were brought again to the fore in 2012 by Chinua Achebe in his book: There Was a Country: A Personal History of Biafra. The blogs came alive as blame was traded on both sides of the East-West divide. Awolowo was now cast by the Igbos as the father of the Yorubas; and they were determined to visit his sins on his Yoruba sons to the third and fourth generations.

Blunders continue to be made on both sides, fanning the flames of hatred. Governor Babatunde Fashola of Lagos State blundered by deporting some destitute Igbos back to the East in the dead of night in 2013. This created uproar in the sizeable Igbo community in Lagos. Even though Fashola expressly apologised to Ndigbo for the faux pas, a ridiculous discussion nevertheless ensued about the rightful ownership of Lagos.

Orji Uzor Kalu, former governor of Abia State, put his foot in it when he declared that Lagos, as a former national capital, was “no man’s land and so belongs to all of us.” This incensed ethnic jingoists in Yorubaland who, forgetting the traditional hospitality of the Yorubas, asked the Igbo to leave Lagos and go back East.

But nothing quite compares to the broadside that came from the Oba of Lagos. During the 2015 election, Oba Rilwan Akiolu summoned Lagos Igbo leaders to his palace; only to threaten them: “If anyone of you, I swear in the name of God, goes against my wish that Ambode will be the next governor of Lagos state, the person is going to die inside this water. What you people cannot do in Onitsha, Aba or anywhere you cannot do it here. If you do what I want, Lagos will continue to be prosperous for you, if you go against my wish, you will perish in the water.”

It mattered little to His Royal Highness that Ambode’s close rival was not an Igbo but Jimi Agbaje; another Yoruba man.

The Yorubas and Ndigbo do themselves great disservice by seeing themselves as arch-enemies. Within the framework of Nigerian politics, this has limited the freedom of action of both ethnic groups. If the one is prominent in this political party, the other is more likely to align itself with another party. This means the one can always be manipulated against the other. Instead, the political space should be opened up by the possibility that the Yoruba and the Igbo can form an alliance. That eventuality is not implausible, especially because they actually have common interests.

Both groups prefer a Nigeria that practices fiscal federalism. Both want a country with a weaker centre. Both want a Nigeria that rewards merit, with a state-structure based on resource-control. Both groups want a Nigeria committed to self-determination. These are grounds for cooperation as opposed to discord. If the North is not to continue to take the South for granted, it must not be allowed to continue to operate in the confidence that the East and the West will always be divided.

In politics, there are no permanent enemies and no permanent allies. Fifty years down the road, the politics of the Nigerian Civil War should not be allowed to continue to cast a shadow over Yoruba-Ndigbo relations. In the Second World War, Germany was the arch-enemy of France, but now both countries are the staunchest allies. Japan invaded the United States; but now both are on the same side. These turnarounds can and should be duplicated in Southern Nigeria.

As a first step, there is need for a grand gesture. A well-publicised meeting between the Afenifere and the Ohaneze, where declaratory statements should be made about burying the hatchet. Thereafter, standing committees should be established to deal with flashpoints; such as the dismantling of Oshodi market in Lagos. The hatred between the Yoruba and Ndigbo has gone on for far too long. Let there be love shared among us!

The Season Of Recanting

Python Dance And The Bite Of Biafra