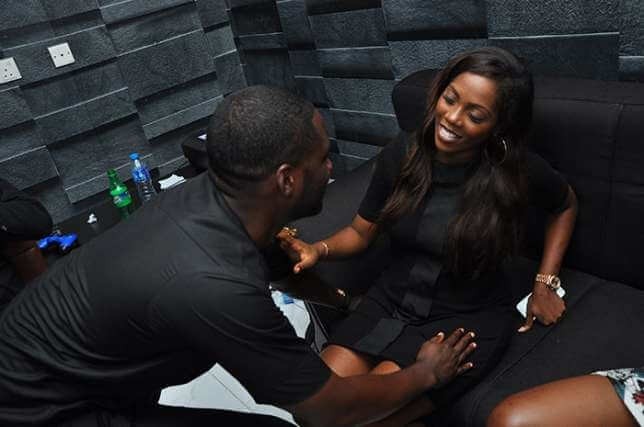 Nigerian singer-songwriter and recording artist, Tiwatope Savage-Balogun, better known by her stage name Tiwa Savage, has finally spilled the beans on issues surrounding her marriage with Tee Billz following cheating allegations made by her husband few days back, where he accused her of sleeping with Don Jazzy, Dr Sid as well as Africa’s king of Pop, Innocent “2Baba” Idibia.

Contrary to what her husband, Tee Billz, made the world believe, the singer stated clearly that she “has never cheated on her husband”, rather it has been her husband who has been the unfaithful one in their marriage.

She added that Tee Billz had put her in bad debt on several occasions, including a N45m debt.

In an exclusive interview she granted Pulse.ng, the singer said her husband has been a drunkard and has been into drugs as well.

In her words, “I am dealing with infidelity, cocaine, bad debt and a husband jealous of his wife’s success.”

“I walked in on TJ taking cocaine in my house in 1004 (Victoria Island, Lagos). I didn’t even know he takes cocaine. I walked into the kitchen, and I saw him taking cocaine, so I screamed, and asked if that is cocaine. HE started screaming that ‘What am I doing down here, where is the cocaine?’ How can someone without money take cocaine? I called his parents and complained that I can deal with weed, but cocaine, no. So I am dealing with his alcohol problem, you come home late, infidelity, cocaine, bad debt, jealousy over my success.”

Tiwa said, “He was getting help at one point when the whole cocaine thing came out. This has been happening for a long time. We get him helpo and he goes to see a doctor or a pastor, or a counsellor and he uses his own hands to ruin things again. If I didn’t care about him, I wouldn’t be covering up for a lot of things. I wouldn’t be searching for help for him. Even now I am still searching for a way to help him out of his debt.”

“Everyday all I hear from TJ is that ‘I created you, I took you from nothing, look at you now.” she added.

The Igbo – How Art The Mighty Fallen? By Emeka Maduewesi