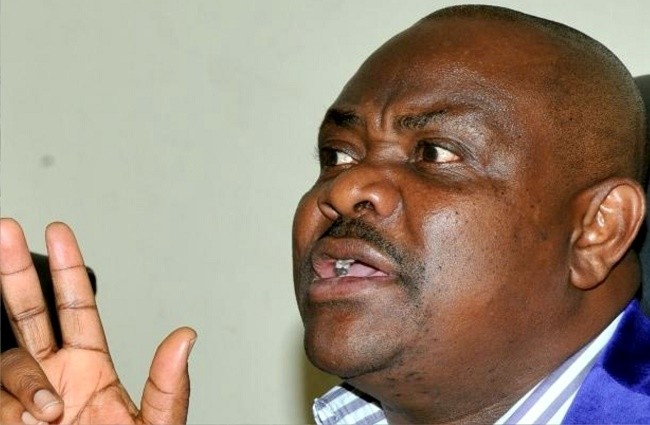 The Rivers State Chapter of the Peoples Democratic Party, PDP, has reassured the Rivers people and its supporters across the State that notwithstanding the compromised ruling of the election petitions tribunal, nullifying the State Governorship election and ordering for fresh election in the State, Chief Barr. Nyesom Wike still remains the Executive Governor of the State.

Reacting to what it called a travesty of justice and rape on democracy, the State PDP Chairman, Bro Felix Obuah said no matter the degree of conspiracy by the All Progressives Congress, APC-led federal government, the falsehood and gang-up against Rivers people will amount to a nullity in the end.

Bro Obuah while urging the Rivers people not to panic over the pre-empted judgment which had been decided long before the written addresses by the parties were adopted Thursday, October 22, 2015 cited section 143, subsection 1 of the Electoral Act 2010 which guarantees an elected governor to stay in office and continue to execute his duties as the State Chief Executive as long as a notice of appeal is given against the judgment within 21 day from the date of the judgment notwithstanding the decision of the election tribunal.

And not minding the certainty of winning any future elections in the State against the conspirators, the State PDP Chairman said this is one tribunal judgment that will never stand, stressing that the PDP will get to any legal height possible to fight the injustice.

There is no other reason why the tribunal hurriedly delivered the contraption it called judgment in less than 24 hours after adopting the written addresses on a matter that lasted over four months than to pre-empt the judgment of the Supreme Court against the tribunal by the PDP which comes up next week Tuesday, the Chairman noted.

“The good thing is that by the hurried judgment, the tribunal chairman has exposed his partiality and shot himself in the leg by defying all legal procedures and going ahead to deliver judgment on the APC petition when there is an impending matter hinging on the appeal at the Supreme Court just as he refused to vacate his seat as chairman of the election petitions tribunal for the State Governorship Election Petitions despite PDP’s resentment on questions of integrity and impartiality.

Notwithstanding all this, in the end we shall have the last laugh”, Bro Obuah declared.

“Men have today Saturday, October 24, 2015 after being compromised serve their immoral judgment, God would soon give justice in the governorship election in Rivers State” Obuah assured

CBN To Sanusi: No Further Devaluation Of The Naira

PDP Convention: Accreditation Of Delegates Yet To Commence Four Hours After Take-Off…