U-20 Women World Cup: Why Nigeria Started On A Shaky Note 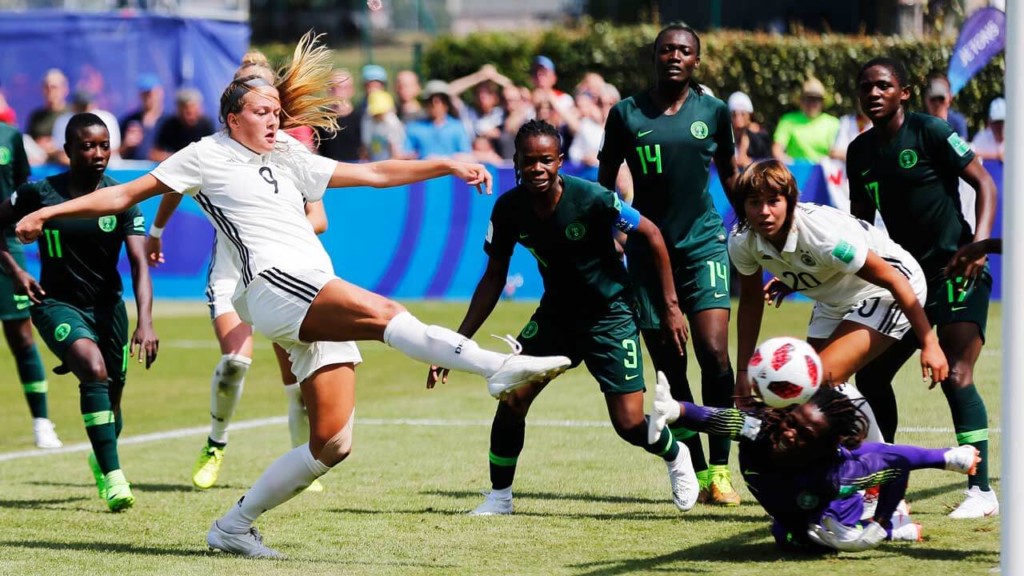 The Falconets of Nigeria on Monday kicked started their Under-20 Women World Cup campaign with a 1-0 loss to three-time champions Germany at the Stade de Marville, Saint-Malo, France.

A 69th minute goal from German Forward Stefanie Sanders was enough to give the Europeans the vital win.

Coach Christopher Danjuma said his players did not play to instructions unlike their opponents who were more disciplined even without the ball.

Danjuma said his while speaking to brila.net’s Pius Idoko. He said the Falconets failed to break their age-long spell against the German side because they were more tactical.

Recall that since their first meeting in the 2004 edition in Thailand, Nigeria is yet to record a win over the Europeans.

Falconets face Haiti in their second Group D match on Thursday, in a must win match if they are to qualify from this group. The North Americans lost 2-1 to China in their first game played at the Stade de Marville.

The Falconets, who have an impressive record in the biennial event, are making their ninth appearance in the FIFA women U-20 championship, which began in 2002.

They have featured in all the editions and were runners’ ups in 2010 and 2014 losing both finals to Germany.