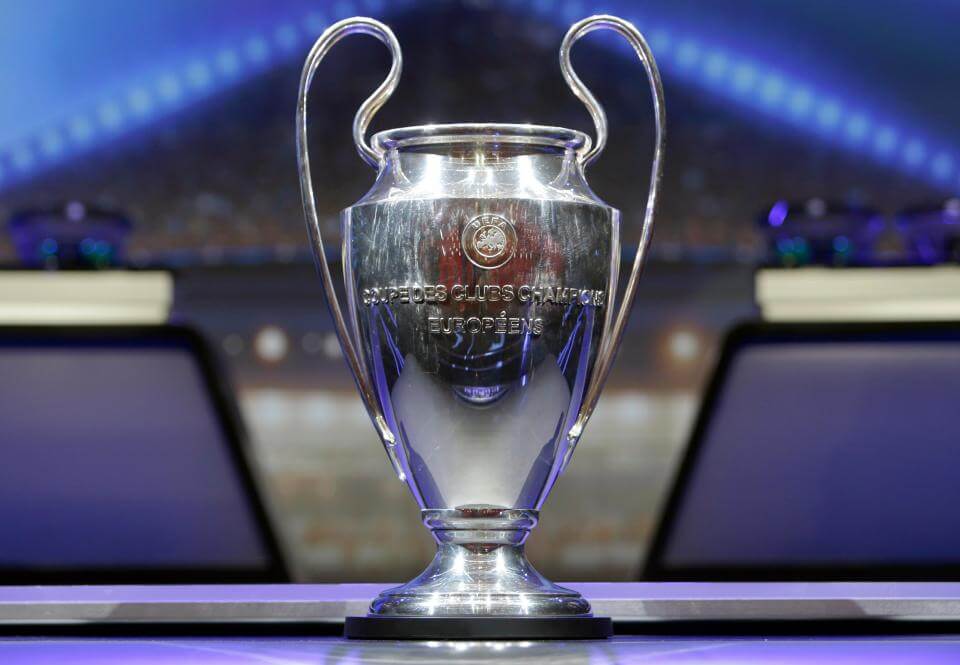 Football supporters and fans around the globe tuned into the Friday’s Champions League quarter-final draw.

This is the sixth season in a row that LaLiga has three teams among the last eight, with Spanish sides winning the competition in four of the past six years.

Both the Premier League and Serie A have two representatives, namely Manchester City and Liverpool as well as Juventus and AS Roma, while Bundesliga giants Bayern complete the quarter-final seeding.

In the draw, two English top-flight clubs, Liverpool and Manchester City will battle each other.

The tie between Liverpool and City will be the first meeting between English sides in the Champions League since 2010/11 (Chelsea v Manchester United).

Jurgen Klopp has beaten Pep Guardiola on five different occasions in all competitions; more than any other manager.

Liverpool are the only team to have beaten Manchester City in the Premier League this season, overcoming Guardiola’s side 4-3 at Anfield on 14 January. City beat the Reds 5-0 back in September.

“I’ve said it before and it’s still the truth, it’s always common in a draw that you’ll get your neighbour, more or less. To be honest I don’t mind. It is exactly like it was before – we take what we’ve got. Now it’s Manchester City – let’s go!” Jürgen Klopp, Liverpool coach commented after the draw.

Man City chief executive Txiki Begiristain: “A very difficult one. We’re playing against a Premier League team, it’s something that you don’t like when you play Champions League. We know each other very well, so it makes it even more difficult.”

In the other fixtures, Juventus will in the first leg host Spanish giants, Real Madrid who are the current champions.

Madrid became the first team to retain the Champions League with a 4-1 win over Juventus in Cardiff last June.

Pavel Nedvěd, Juventus vice-chairman of the board of directors, said: “I don’t think the two teams will be influenced by the result of last season’s final. This is a different kind of game, we will play in180 minutes. I think we can cause them trouble even if we know there will be many difficulties for us, included two important players suspended for the first leg.”

Five-time winners of Europe’s top club competition FC Bayern Munich, were paired with Spanish side Sevilla in the draw for the last eight.

Bayern will play the first leg in Andalusia with the return leg taking place a week later in Munich.

The only previous match the two sides have met in was a friendly in September 1992 which was used in the unveiling of Diego Maradona as a Sevilla FC player. Sevilla won 3-1.

Jupp Heynckes, Bayern coach commented: “I know Sevilla very well. They play creative football and have become more stable at the back since Montella arrived. It’s a tough opponent.”

“We’re aware of the difficulty of this competition. They respect us, having seen the Manchester United tie they’ll be aware we’re a difficult side. Although, as a big team they’ll think they have their chances like us” said Óscar Arias, the Sevilla FC Director of Football.

Barcelona will host Italian side AS Roma in the first leg on the 4th of April, with the return a week later at the Stadio Olimpico.

Roma beat Shakhtar Donetsk in the last-16 to reach this stage, while Barcelona outclassed Chelsea at the same stage.

We knew we would have faced a top side, whoever we got,” club director Francesco Totti said afterwards.

“But we are convinced we will represent our colours well.” The legend added.

JUST IN: Pain For Senegal As Injury Rules Mane Out Of FIFA World Cup

“We know it will be tough, against the side that is perhaps the best in the world – but we are where we are on merit, We have to have the right mentality, ” Roma Sporting director Monchi added

TXIKI: “In the Champions League there is no time for mistakes, everything has to work, you have to be almost perfect in both games.

“We know the power and the strength of Liverpool – in the league they beat us away and we beat them at home.”

Messi has 12 goals in 19 games against Serie A sides ??⚽#UCLdraw pic.twitter.com/feiKCpP6iQ

.@esmuellert_ on the #UCLdraw: “Sevilla didn’t win three Europa League titles in a row by chance. They have a big reputation. But we’re #FCBayern and we’re desperate to reach the final!” #MiaSanMia pic.twitter.com/p5JrsIBHvt

“We will give it everything.” ?

Facing Sevilla for the first time. Excited for another big challenge against a strong opponent ??? #UCL #da27