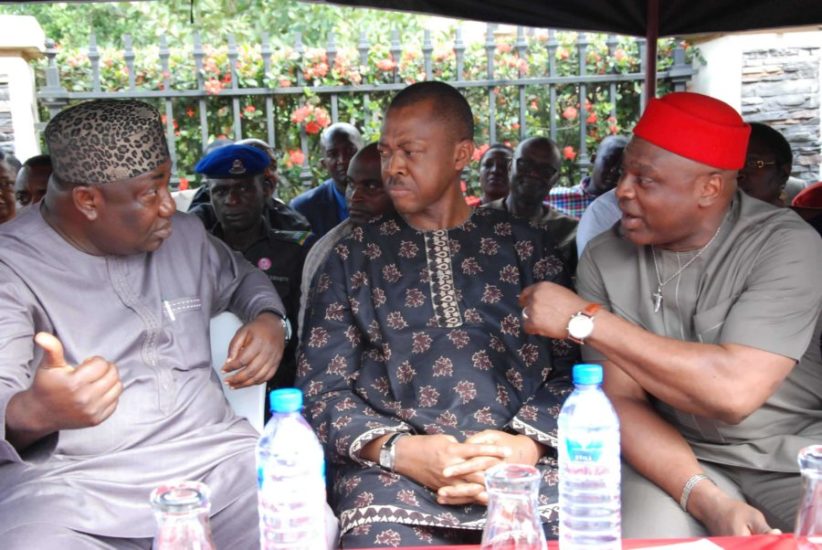 Governor Ifeanyi Ugwuanyi of Enugu State and the former Minister of Power, Prof Chinedu Nebo, Sunday described the immediate past governor of the state, Sullivan Chime, as a leader with very rare qualities who will continue to receive plaudits for years due to records he set while in office.

They insisted that Chime would not only remain in the consciousness of the people of the state for a long time to come but would also remain a reference point for good governance.

The two leaders who spoke at Udi during a grand reception held in Chime’s honour by the people of his local government area, said Chime was God’s special gift to state saying he had through his personal integrity sacrifices and commitment set the state on an irreversible path to greatness and prosperity.

Specifically, Ugwuanyi said his predecessor left indelible footprints as governor of the state adding: “I have always said and I would continue to say it, in and out of office that Chime remains my leader. He is God’s special gift to the state. That is why the state is happy with him and has continued to pay him homage.
“Chime handed over success and the well being of the state to me. God will help me to follow in his footsteps. Chime is today a prophet who is honoured in his own town. It is simply good to be good, you completed your term and people are still thankful to you. I will also want to be praised when I leave office.”
The governor reiterated his promise to construct a bypass at the 9th Mile corner to ease movement of traffic and also constitute a team of economic advisers that would help to launch the state into a new era of prosperity. 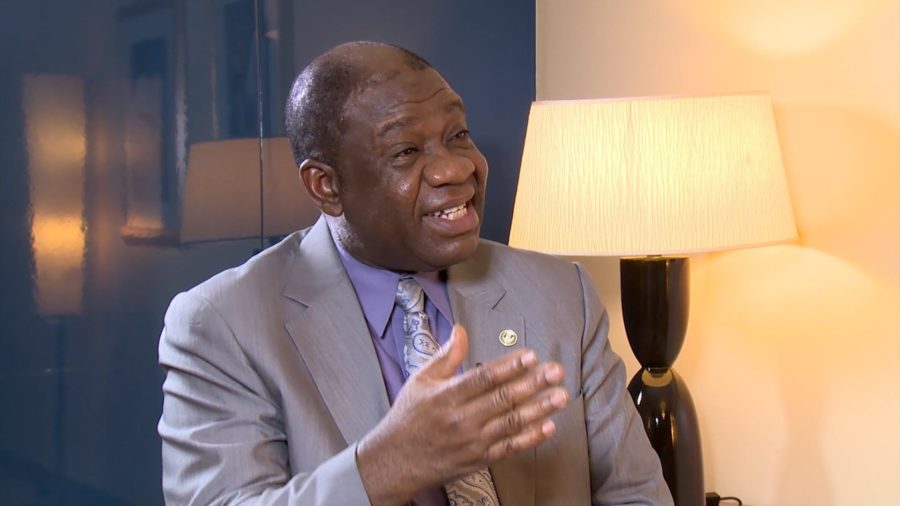 On his part, the former minister said: “Chime set enviable record. The projects he executed while in office are not virtual projects but real and verifiable. Despite the very lean resources to the state, Chime executed projects that even states with heavy resources could not attempt. He has sound pedigree and never wavered in all he believed in. Having made us his kith and kins proud, we need to immortalise him.”

Earlier in the address presented on their behalf by the Chairman of Udi Local Government Council, Chinedu Iloeje, the people hailed Chime as “our worthy son whom we sent into the battlefield of political administration, he went, saw and conquered.

“You have made us to stand tall and enviable among our peers. The state has been celebrating you. The political leaders are extolling and highlighting your examples, the urban dwellers are chanting your praises, the rural dwellers cannot stop talking about your messianic interventions in their lives, the civil servants cannot thank you enough, nor can mothers, children, traditional rulers and indeed every group or stratum of the state. You have indeed by your achievements, restored the prestige and revived the heritage of the Udi people.”

In his response, the former governor thanked the people for their support for his administration all through the eight years it existence, saying he was moved by their continued show of love and solidarity even after he has left office.

He urged them to give even more support to Ugwuanyi, saying he was certain that the governor was going to take the state to a greater height of development and progress.