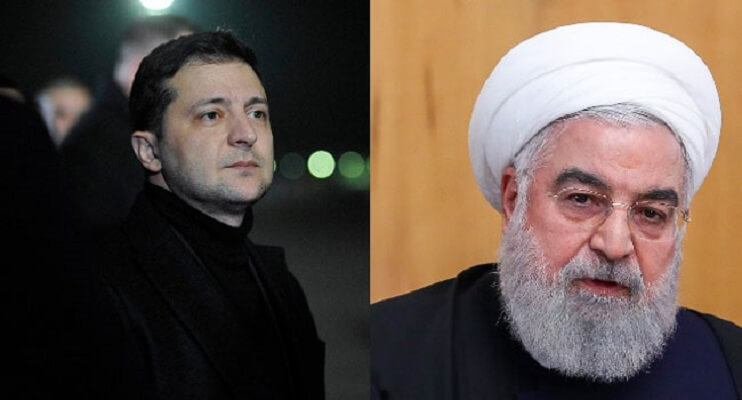 Kiev on Monday accused Tehran of knowing from the start that an Iranian missile had downed a Ukrainian airliner last month after leaked recordings emerged from Iranian air traffic control.

The recordings, aired on Ukraine’s 1+1 TV channel on Sunday, feature a conversation between an air traffic controller and the pilot of another plane at the time the Ukrainian airliner was hit on January 8, killing all 176 people on board.

The pilot can be heard describing “the light of a missile” on its route and then an explosion.

Iran initially denied Ukraine International Airlines Boeing 737 had been brought down by one of its missiles.

It later admitted that two missiles were fired at the plane by air defences on high alert, hours after Iranian armed forces fired ballistic missiles at US troops stationed in Iraq.

Ukrainian President Volodymyr Zelensky said after the release of the recording that it “proves that the Iranian side knew from the start that our plane was hit by a missile.

The audio clip features the pilot of an Aseman Airlines flight from Iran’s southern city of Shiraz to Tehran communicating with air traffic control in the Iranian capital.

“There is a series of lights on our route, like a missile. Is there something?” the pilot is heard asking.

“It’s the light of a missile,” the pilot replies.

The control tower then tries to contact the Ukrainian airliner, but unsuccessfully.

After a few minutes, the pilot says: “There was an explosion. We saw a very bright light here.”

It was unclear how the channel obtained the recording, though officials denied it had come from the Ukrainian authorities.

“This is a journalistic investigation. You need to ask them where they got this recording,” Oleksiy Danilov, the head of Ukraine’s Security and Defence Council, told AFP.