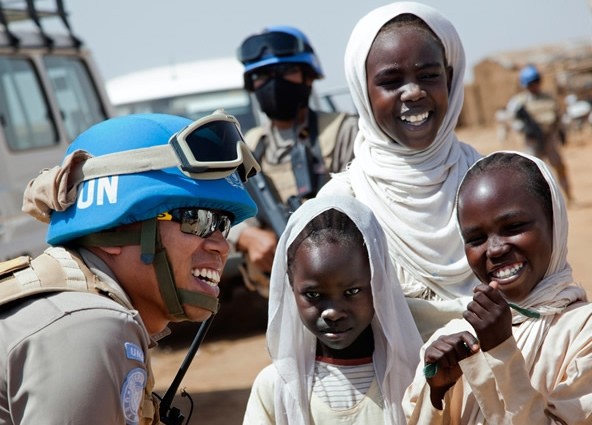 The United Nations UN has on Monday announced that it will sponsored 500 victims of Boko Haram violence from three North East states of Adamawa, Borno and Yobe to acquire vocational skills.

UN Conflict Prevention and Peace Building Analyst, Mr Matthew Alao told the News Agency of Nigeria (NAN) that the programme was under the UNDP Livelihood Support Scheme for the zone.

The UN official said that an orientation programme for the 500 selected beneficiaries would commence today, Aug. 17 at the Citizenship and Leadership Training Centre in Jos, Plateau.

Alao said that the skills training which would cover hair dressing, tailoring, knitting, catering and decorations as well as GSM repair, shoe-making, leather works and computer studies, is the first phase of intervention by the UN to lessen the sufferings of the displaced persons.

According to him, the participants will also undertake specialised training on conflict resolution and peace building.

Alao said, “A total of 500 beneficiaries who are victims of Boko Haram from three North East states of Adamawa, Borno and Yobe will be placed in a two-week compulsory orientation programme.

“We received over 2,000 applications and engaged in rigorous screening exercise out of which we selected the 500 that genuinely need this assistance.

“We took the successful 500 candidates for 2-weeks intensive course on mental and physical training.

“We are also going to train them on mediation and conflict transformation as well as business management; after that, we will put then on six-month to one-year training,’’ he said.

The UN official noted the intervention was necessitated by the negative effects of the activities of Boko Haram insurgency on the people of the North East.

“Some of them had means of livelihood before, but unfortunately their means of sustaining livelihood have been cut short because of the Boko Haram insurgency.
“But we want to assure them that for every one that is impacted in one way or the other, they will be accommodated in the various phases of the Early Recovery Programme,” he said.

Alao said that the UN would continue to support the displace persons until peace was restored in the area.

“We have been assisting in one way or the other to see that there is peace and stability in the state.

“One aspect that guarantee peace and stability is by getting the people engaged particularly the youth and the widows.”