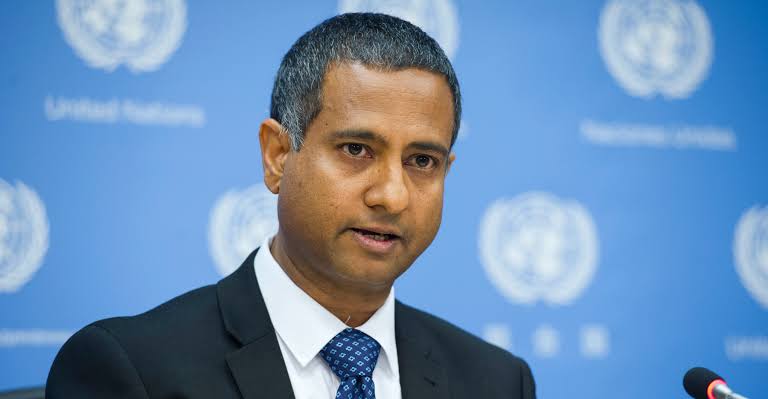 An international affairs expert told the United Nations Human Rights Council on Thursday that since the 9/11 terrorists’ attacks in the United States and “other horrific acts of terrorism purportedly carried out in the name of Islam”, hatred for Muslims ” has escalated to epidemic proportions”.

The UN Special Rapporteur on freedom of religion or belief, Ahmed Shaheed, cited a 2019 European survey showing that “an average of 37 percent of the population held unfavourable views of Muslims.”

He also accused elites in most part of the world and the mainstream media of using their influence to drive negative narrative against Muslims.

The UN expert observed that the council needs to step up and counter narratives that put Muslims in danger.

He stressed that the actions of terrorists should not be used as a yardstick to judge the larger population of Muslim faithfuls.

“Islamophobia builds imaginary constructs around Muslims that are used to justify state-sponsored discrimination, hostility and violence against Muslims with stark consequences for the enjoyment of human rights including freedom of religion or belief.

“In such climates of exclusion, fear and distrust, Muslims report that they often feel stigma, shame and a sense that they are ‘suspect communities’ that are being forced to bear collective responsibility for the actions of a small minority.

“Harmful stereotypes and tropes about Muslims and Islam are chronically reinforced by mainstream media, powerful politicians, influencers of popular culture and in academic discourse.

“I strongly encourage States to take all necessary measures to combat direct and indirect forms of discrimination against Muslims and prohibit any advocacy of religious hatred that constitutes incitement to violence,” the UN expert said in a statement quoted by the UNHRC.

FG To UNHRC: We Responded To Oct. 2020 #EndSARS Protests To Advance Human Rights

Biden Administration To Promote Gay Rights In Nigeria, Others