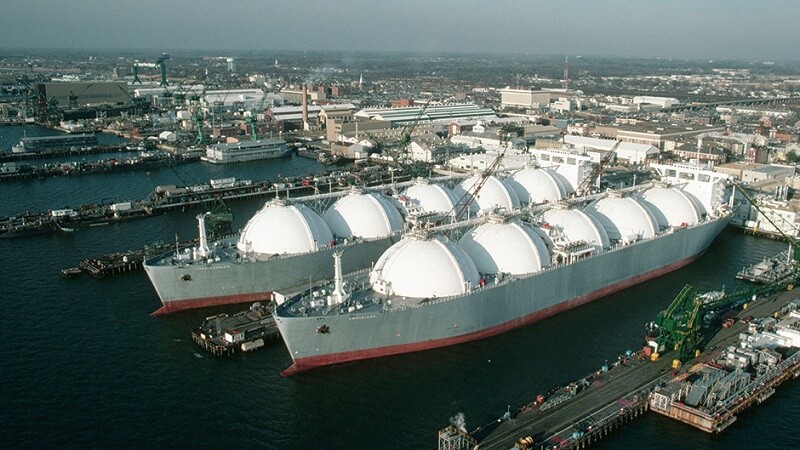 With record-breaking gas production by the United States this year, and the promotion of gas as a “cleaner, cheaper” energy source a continued priority for the current White House, the US Department of Energy is now looking towards Africa to develop opportunities in the exploration, production and monetization of LNG.

This may not be unconnected with the appetite for imported gas that is growing steadily across the African continent.

Meanwhile, US gas production is skyrocketing, and is currently estimated at 6 billion cubic feet (bcf) per day, and production is forecast to grow to 10 bcf by the end of 2020.

This confluence of circumstance makes Africa a common-sense partner for the US as it sets out to cement its position as an energy superpower.

In the words of energy secretary, Rick Perry, “increased amounts of US LNG on the world market benefit the American economy, American workers, and consumers and help make the air cleaner around the globe.”

As part of this mission, Steven Winberg, who is the assistant secretary for fossil energy, will join 22 Pan-African ministers at the Africa Oil Week summit in Cape Town, South Africa in November.

The announcement of Secretary Winberg’s attendance to the AOW summit comes alongside several major US private-sector investments into the African energy sector.

For instance, ExxonMobil is making progress in Mozambique with their Rovuma LNG project in deepwater Area 4 block which contains more than 85 trillion cubic feet of natural gas.

Winberg is expected to use the AOW event to share US energy policy points with the continent and outline a vision for deeper US commitment to Africa in the oil, gas and power sectors.

According to a piece of US policy document on energy seen by THE WHISTLER, “this vision looks set to encompass increased two-way trade and investment between the US and Africa, with the US making potential capital available on joint-ventures and to part-finance LNG infrastructure for energy-lacking African countries.”

A representative from ExxonMobil will be covering the Rovuma LNG project in Mozambique at the Africa Oil Week in Cape Town, and there will be a strong presence from ENH and INP at the conference, even as the pan-African annual energy summit is putting a renewed focus on the place of gas, with 5 dedicated sessions solely for LNG in the event programme.

Police Crack Down On IPOB, MASSOB Members In Ebonyi, Arrest 15

BREAKING:In Confirmation Of THE WHISTLER Exclusive, Buhari Reverses Approval Of…

Energy Transitioning: Our Focus Is To Develop Natural Gas For Exports—Wunti, NAPIMS…