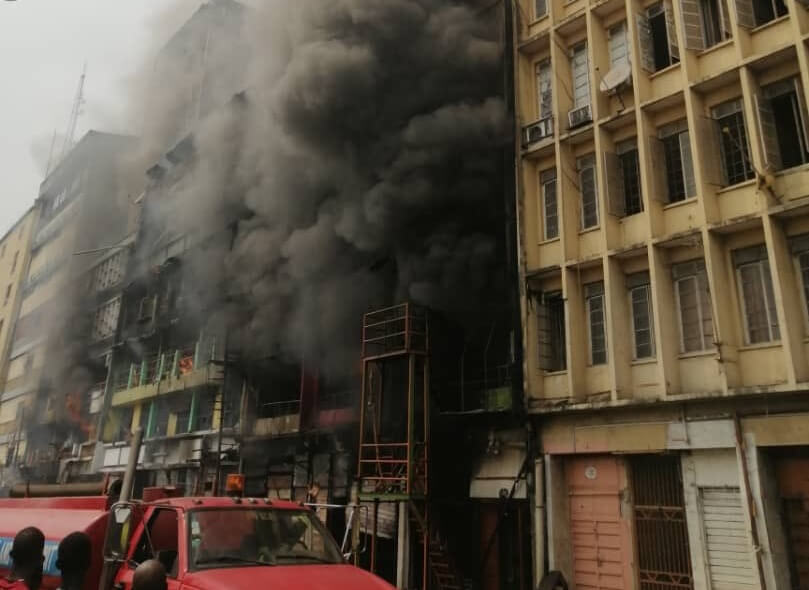 Wednesday’s fire that engulfed no fewer than seven buildings at the popular Balogun Market in Lagos State has been attributed to an attempt by a trader to refuel a running generator.

This was according to the Lagos State Emergency Management Agency (LASEMA) which investigated the cause of the fire while it was being put out by firefighters in the state.

LASEMA’s General Manager, Femi Osanyintolu, said the cause of the fire was ascertained after the preliminary investigation carried out by the agency on Wednesday.

While Osanyintolu said no casualty was recorded in the incident, reports indicate that the man who attempted to refuel the generator was killed in the fire.

Some of the buildings said to have been razed in the fire include those at Aloy plaza, Anambra plaza, and Sunnyland plaza.

The incident occurred two months after the a fire outbreak was recorded at the popular market.

Below are videos from the scene of the Balogun Market fire:

Insecurity: Gbajabiamila Calls For Constitutional Amendment, Declares ‘Our Cup Of Endurance Has Run Over’

Crowded Classrooms, Lack Of Internet, But These Students Became Outstanding Graduates Of Their University